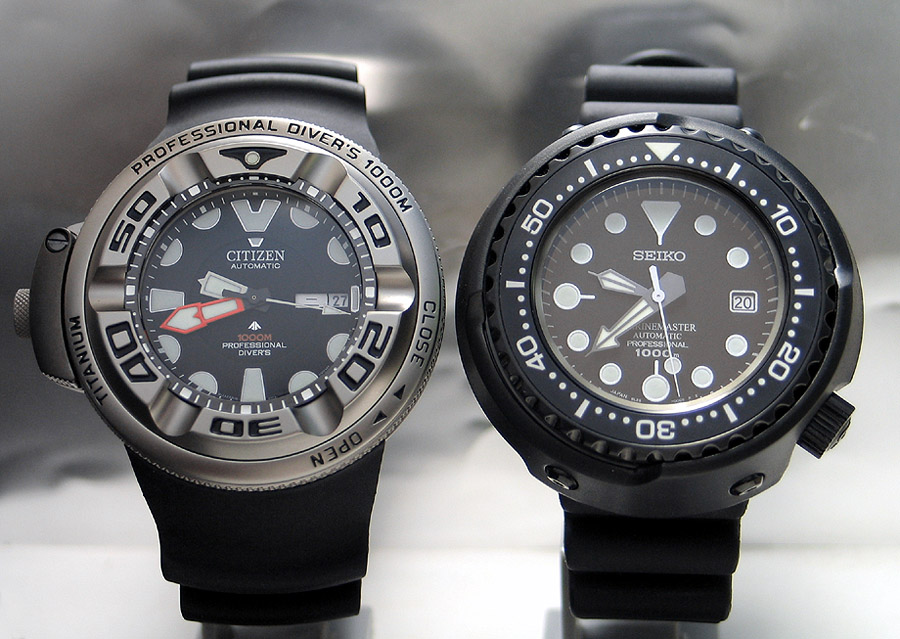 The question often troubled me in my nascent days as a watch collector and still does, albeit not that often. But over the years, I’ve been seasoned enough by the hobby (and by an uncountable number of mistakes) and that it likely has no definitive answer doesn’t trouble me anymore. Both have their strong and weak points (I won’t say good or bad points) and die-hard mechanical watch fans are going to give Seiko-s an upper hand. Anytime, anyday.

On the flip side, Citizen’s Eco-Drive is a more established technology than Seiko’s solar. But Seiko has its home grown kinetic & Spring Drive to offer vaster choices. That’s a different technology for each type of Seiko rolling out of the factory and not the same Eco-Drive Citizen is banking on since ages.  Eco-Drive has its own cult following, which is definitely tad larger than all Seiko technologies taken collectively. This is simply because Citizen has been able to keep the prices down than the top-end Grand, Credor, Ananta and Galante, despite bringing in a lot of hand-works for the Chronomasters and Campanola ranges. Otherwise, fit, finish and materials are the same for both (read: excellent, or dollar for dollar).

A lot of people complaint on the Seiko bracelets for them appearing somewhat cheap and Citizen beats them royally. But where it doesn’t come a match is in the mineral crystals department; Seiko’s hardlex is better than it. Also, the lume.

Another point where Seiko wins hands down is for its Dive watches. And that shoots the prices up for it in the Japan domestic market. Citizen, Orient and Casio come next in order. But higher-end Citizen Divers are virile enough to give the Seiko Prospex range a run for its money.

But here I hear the obvious coming up: Radio-Signal. Even a non-watch guy shall be absolutely stunned with the Citizen Atomic Timekeeping range; but provided the Seiko Astron is directly linked to space is enough romantic an idea to throw you off balance. So Citizen also came up with theirs and while it looks good, I would prefer wearing the Astron at work. The Citizen’s is a bit too peppy to make to the boardroom and doesn’t look half as good in business attire.