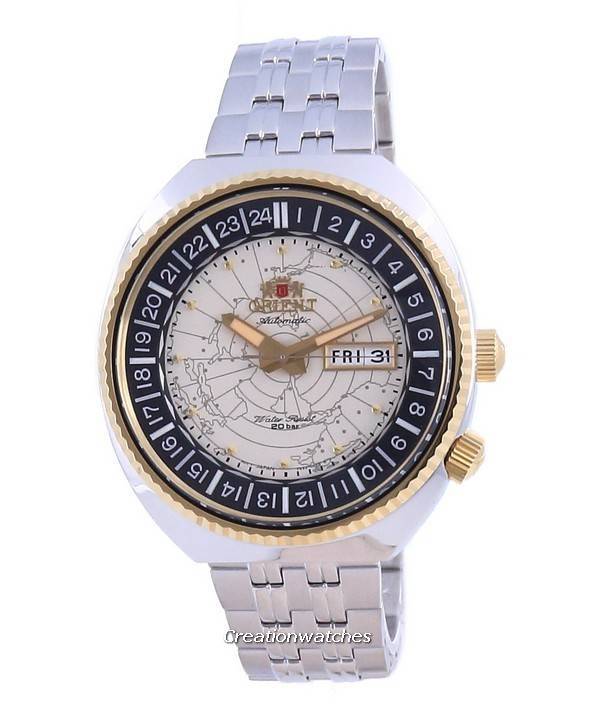 Orient announced a re-issue of one of their earlier models on February 2021. The 1969 Map Dial World Diver is now an ultra-rare piece but its true successor – now dubbed the World Map Diver – offers you every bit of the vintage diver’s legacy. Now that it’s offered in multiple versions including limited editions and multicolor didn’t stop it from staying true to the original art; rather, staying so helps every version to stand up with its own merits. Even when you overlook the historical context behind!

The old into new

Treating a legacy design the same – if not better – way is a tough job. Not all do it well; many so called reissues thus end up being mere homage watches.

It occurs chiefly due to the wrong selection of elements from the original and trying to blend them with more modern elements. Imparting larger dimensions is a good example of such practices but that really doesn’t portray the amount of progress made by a company. Orient didn’t bloat things up mindlessly, which shows they still are sensible. The case is just slightly larger than before (44mm/14mm).

This isn’t the first time Orient’s attempt at making a new iteration of an older, classic design. Like earlier times also, they made it almost impossible to tell from the original! It is as elaborate; carrying very distinct visual footprints of the vintage. The way Orient preserves it in the new watch is absolutely enviable.

The World Map immediately stands out as an original design, very much unlike any other diver or sports watch you’ll currently find in the market. The lug-less case and an unusual 24-hour time-telling feature make it distinctive! This mere outline is enough to set your intention up for a further dive into the illustrated dial, which is as simple as the watch’s overall shape. Both are restrained and elegant, definitely more versatile in appearance; vibrant, playful and together, bring the watch its high standout factor.

The 24-hour markings are made on an internal, rotating chapter ring that mimics a bezel. You can align the correct hour with the hand position without messing up the current time adjustment; that’s quite some utility when you are calculating different time zones. It might appear misleading at first, but a little practice will turn finding your current location or destination time from challenging to a great deal of fun. 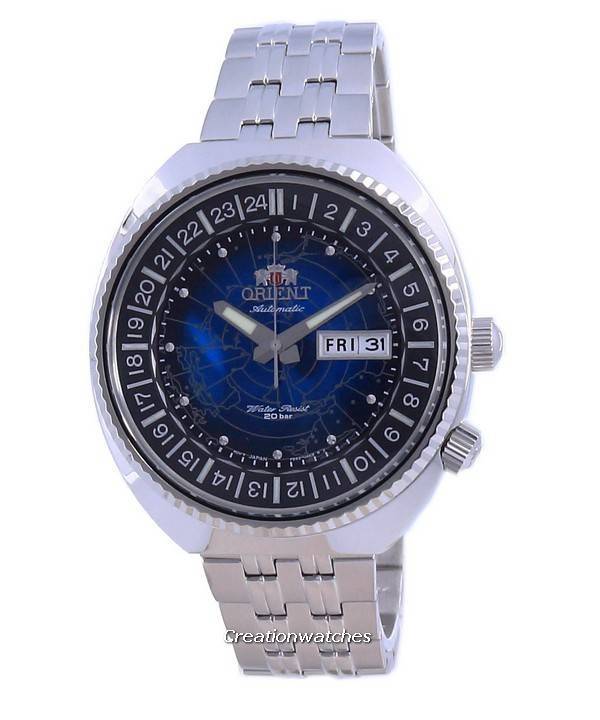 The Orient World Map Revival watch insists that its every element must be usable and functional without curbing its artistic expression. Zoom in on its other details and you won’t be disappointed. They are crisp to look at, precise in their form and are also pleasantly shaped; considering the price point, there is nothing to complain about the deep dial and all its well-proportioned elements sitting together nicely.

The Orient World Map Revival Automatic is not a small watch and might seem daunting to lean wrists i.e. everything below 7 inches. Average to large wrist sizes will wear it with most pleasure. Its weight feels reasonably distributed between the cases and the bracelets with solid end-links. Due to this, you may wear your World Map diver as tight or as loose as you please. 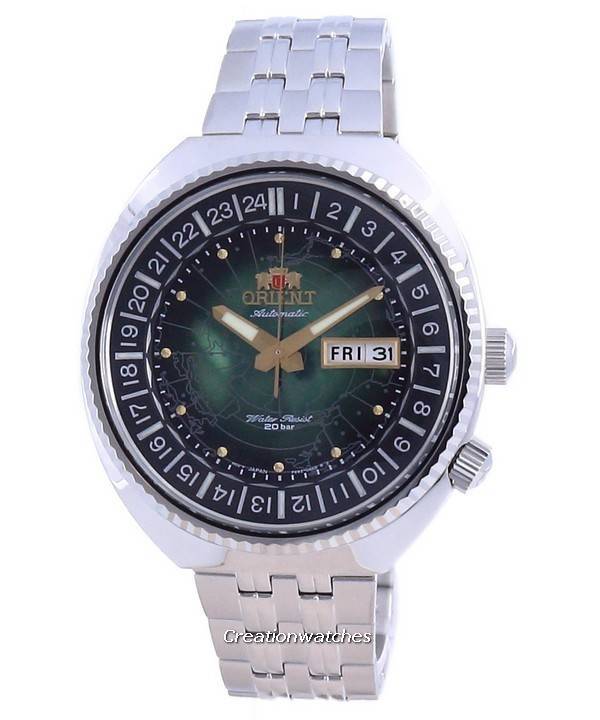 Orient World Map Revival Automatic Diver: How ‘tool’ is it?

This certainly is not a hardcore tool watch but its big, shiny case is capable to ward off a couple of careless bumps arising from outdoor work.

Should you get one?

The World Map Revival is not that perfect watch you are after; nor is it the most practical piece. That doesn’t, however; mean it’s flawed. Conscious decision will find the Orient World Map Revival Divers an honest, refreshing approach through a handsome, chunky design; well executed to offer a great wrist presence and comfort.

A faithful, fun product that represents the brand and its legacy!