The quartz watch started in the same year when Man, arguably, landed on the Moon. Whether you take that period favored by planetary conditions or ruled by the numbers, 1969 witnessed several conventional concepts give way to inspirations, some of which still stay put. Putting a crystal oscillator at the core for steadfast accuracy is one.

We all know roughly the way that crystal works. It’s all in the way the crystalline body is cut. It’s given a fixed shape that generates steady vibration on applying voltage. Prior to 1969, installing this timekeeping accuracy demanded more space than you can give to a wristwatch. Seiko overcame the barriers and succeeded in resolving issues that introduced quartz watches to the market. The whole thing took a long ten years; in this time, Seiko found the crystal oscillator (shaped like tuning-fork), an IC and step motor (conveys and operates signals from the crystal oscillator). This technology was not patented and is currently the world standard in the making of quartz-based watch designs. Even the highest-end, present-day quartz watches are further contributions and developments to Seiko’s basic design.

So the SEIKO Quartz ASTRON (different from the Seiko Astron) was born, the world’s first quartz watch on the market. It hit the shelves on Christmas day, 1969. At only 8192 Hz (that’s 25% of the frequency used today), it had a step motion second (the open step motor did that). This symbolizes quartz watches today.

There’s one thing that made Seiko climb the ladder of success faster. Seiko was (and still is) the relief when finespun Swiss are beyond reach and you’re damned into the Horological Hell. But a Seiko is better than the purgatory, any day.

A personal choice is the Seiko Velatura Kinetic Direct Drive . I find charm and 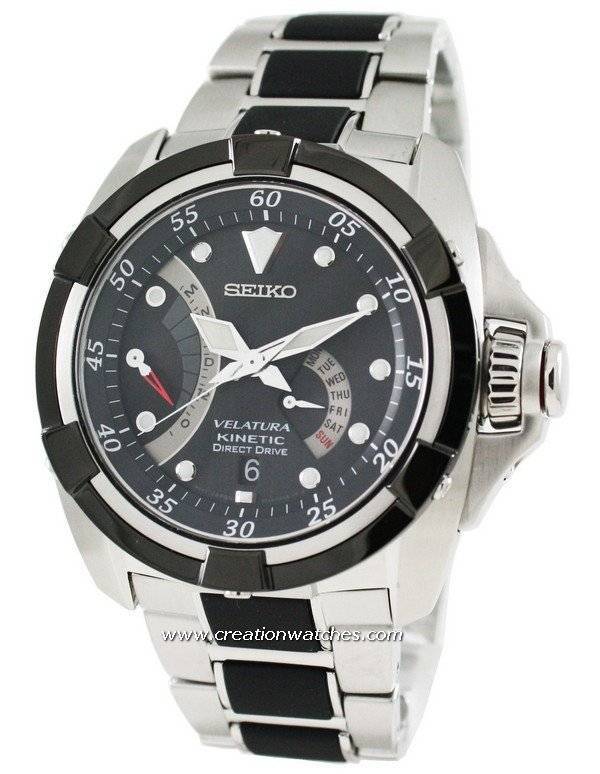 appropriateness matched in fine balance in it. Yet, it finds little to no love from most. This is, at least, not as frightening as some people thinking Seiko of an inexpensive, plastic, quartz watch makers. They should take a look at the Grand-s and the Premier Kinetics.

However, Seiko wins for a reasonable price range too. If you compare the above two with heir Swiss cousins, both sides shall win. Yet, Seiko never hits the highly offensive (e.g. the $7,000 to $10,000) price ranges and the Seiko Premier range, even without a lot of “WOW!”-s, oozes plenty oomph to attract affirming nods from all around.