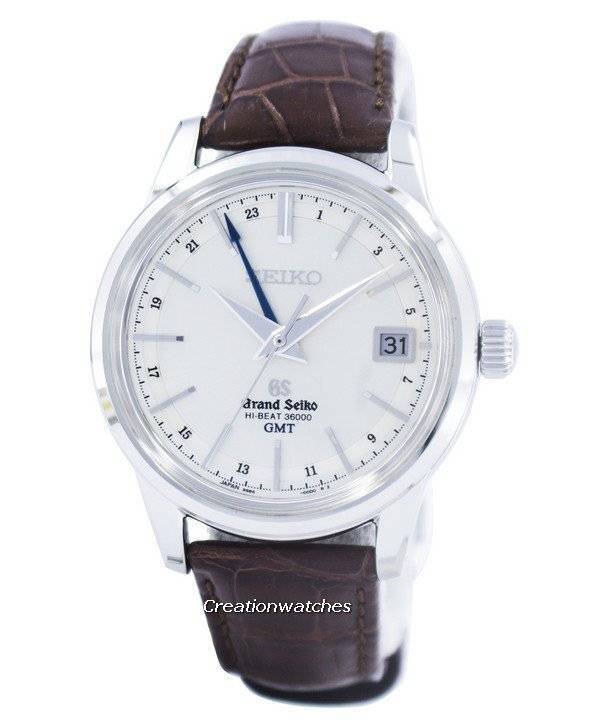 Whoever has known about Seiko’s earlier high-beat watches must also know a thing or two about the Calibre 9S85; its superior accuracy came with an enhanced resistance to external shocks. So, when Seiko stepped up a level introducing the Calibre 9S86, you can pretty well anticipate their glee! The difference this time was an incorporated GMT complication weaved into the 9S85 Hi-Beat 36000 platform.

For the non-savvy: That GMT time-telling is displayed by a fourth hand that points to 24-hour marks around the dial. It points to different time zones and lets you see two times at once. The other three are the second, hours and minutes hands.

The Calibre 9S86 has the seconds-hand sweeping while adjusting to a different time zone. This involves moving the hour-hand by pulling the crown. Hacking the seconds would interrupt the accuracy of the high-beat calibre.

It’s a practical choice for international travellers’ watches. The Hi-Beat 36000 GMT is an easy-to-use, dual time operation with hallmarks of precision, legibility and beauty. The new mechanical automatic Calibre 9S86 has its anti-magnetic balance wheel vibrating at 5 Hz, tucks in 55 hrs of power reserve with the maxed-in mainspring; if you don’t intend to wear it any time too often, then you can wind it manually. The Grand Seiko Hi-Beat 36000 GMT received praises chiefly for its superior quality movement; its design and mixes of elegance and casualness with right doses of attitude come after its highly technical movement.

The point here is, it’s not weighing the Grand Seiko HI-BEAT 36000 GMT Automatic Power Reserve 37 Jewels Men’s Watches from every angle; a lot of other watch sites do that. Both the limited editions SBGJ017 and SBGJ019 are elegant, regular pieces that you can wear without taking too many risks.

It is easy to say that these Grand Seiko Hi-Beat 36000 GMT are simply Seiko’s answers to the consensual but highly iconic horologes of the time-keeping world. They share many elements, similar concepts, are casual and chic; robust in build; they are as sporty as not to hinder daily use; the central GMT hand praising its highly recognized manufactures. Produced entirely in-house, it’s a 100% Seiko job! And they can raise strong arguments.

Overall quality, for certain, show some interesting details and super-finely sharp, bevelled and polished surfaces with great patterns and lacquers on the dial. But then again, that doesn’t compare to the mechanics! This 2014 release runs 7 hours more on a fully-wound mainspring than Rolex GMT Master II), got 37 jewels and some classical implications that makes it both interesting and rare.

The high-frequency thing is: it beats at 5Hz / 36,000bph. High frequency leads to greater accuracy if well regulated and Seiko takes that to within +5 to -3 seconds a day. Very close to COSC tests!