The Spring Drive is not quite your usual thing. The seconds-hand is its giveaway; despite its relation with quartz, it makes small, multiple jumps, instead of one every second. It gives the Spring Drive a mechanical glide; completely smooth, totally silent.

How does that go?

Spring Drive, at its core, is mechanical every bit. There’s even a mainspring! It powers the gear train that’s exactly like in mechanical movements, entirely. The gear train is followed by a metal flywheel that drives a generator system to produce tiny trickles of electrical energy. The generator connects to a quartz feedback circuit, its rotor turning exactly at 480rpm. This controls the accuracy of the watch. Despite its actual quartz oscillator, it’s not quartz in its usual sense at all. The most vital evidence is a lack of battery. 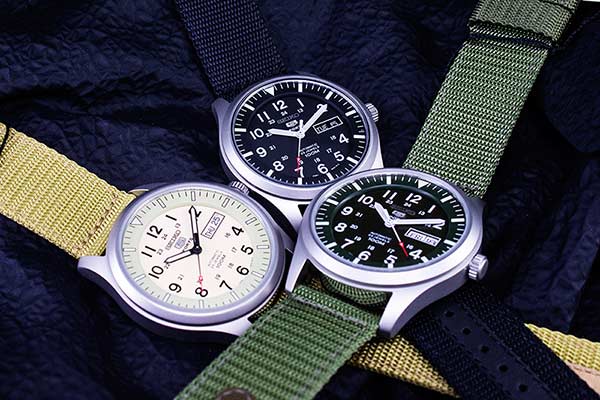 Some of the higher-end Prospex professional divers are Spring Drive. So are the Seiko Credor Sonnerie and Minute Repeater, with chime-work. The Spring Drive houses totally silent regulators for the chiming systems, contrary to traditional movement designs, all of which make at least some noise. It’s the backdrop of this pure silence the pure tone can be felt. All that was to say, the Spring Drive found way into some of the extremely unusual, exotic timepieces with only three or four created every year.

Next to the Spring Drive are the Seiko Astron GPS Solar and Grand Seiko. The current Astron are world-time watches that put a twist to the story – the GPS receiver. In a new time-zone, point its face up at the sky and then, push a button. It will ping to the GPS satellite network and reset the local time. In a secondary display, you can keep track of home time.

The Grand Seiko is more than five decades old bit it’s not for the newbie in the watch-zone. Grand Seiko will never sell here; how come something this plain come in four-figures? Simply incongruous!

Not with Grand Seiko! Highest quality through manual assemblage; all adjustments done with hands!  That makes the GS highly accurate; dependable and well, incredible. With standards exceeding the Swiss COSC chronometer certification, GS sits with Patek, VC, Lange, AP and F.P. Journe in the collections of many avid, serious horology enthusiasts. It’s phenomenal; quiet, beautiful, quartz, time-telling package, optimized to maintain its beauty and extreme accuracy for as long as it lasts.

So while we try hard to bring you some of the best Seiko Spring Drive, here are a few of the other two, a couple of them already turned to cult-classics.

Let us know how you find them to be. But not top-tier or high-precision, please; there has already been too many of them. Speak in terms of engineering, aesthetics or whatever you might think is worth standing up for.