Not many objects can eclipse us flesh-and-bone humans and attain stardom in public memory; much less secure a place in history. Those that did became famous; sometimes even overshadowing the human/non-human character they associated with. We gather around here to speak about a few such iconic movie gears. We gather around here to speak about watches that made it big on the silver screen.

Movies and watches are different forms of art, but ART nevertheless. Both have their own ways of creating lasting impressions; both in individuals and society, influencing the developments of both cults and cultures. Both create themes and imageries aplenty with their respective styles and some become legendary.

From James Bond to Arnold Schwarzenegger, Capt. Willard to Marty McFly – they keep influencing generations. So do their watches they wore in some of their best movies; they ingrained into our collective consciousness. They became the stuff of dreams for every man wild at heart!

A brief look at the watch models in the movies

Iconic movie gears are either subtle and sleek or bombastic and on-your-face; there’s almost nothing in between. So, for this reason, the following pieces are regarded as the most iconic of all movie watches of all time. These are the opulent, the retro, the futuristic sci-fi tech tools and the straight-up military-style throwbacks.

Watches in movies: Getting into the details 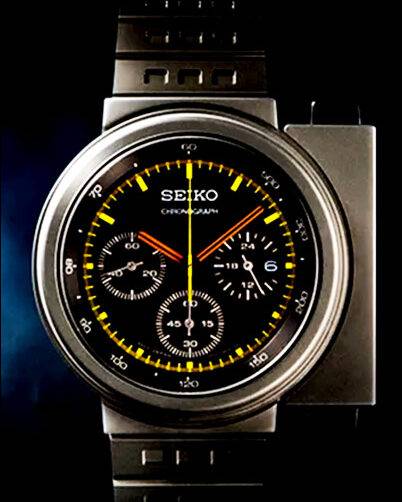 The Seiko 6105 has widely been acclaimed as the most definitive dive watch from the brand simply due to the fact that it has proved its capabilities in the real world. It led Francis Ford Coppola to use this watch as the most appropriate timepiece for Capt. Willard in Apocalypse Now, since it grew to be extremely popular amongst U.S. servicemen   during the Vietnam War both for its style and durability. It’s now hard to find an original of this particular watch, but Seiko built a recreation version of it with a modern movement (calibre 6R35) and its aesthetics heavily resemble the Seiko Prospex Turtle International Edition and the Seiko Prospex Turtle Save The Ocean Automatic Diver’s. 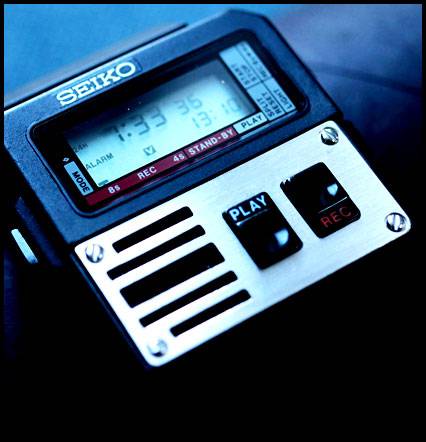 Ghostbusters the movie made it famous! The Voice Note is in the same league with the calculator watches and the rest of the wearable electronic marvels of the era; however, you can’t exactly consider it to be a horological work of art. But to the Ghostbusters fan, the Voice Note means a lot!

In the movie, the Seiko M516 has been shown as an audio recording gadget of carbon fibre, plastic and stainless steel for ghost-hunting, this model was released in 1983 and holds the record of being the first watch in the world with a built in voice recording function. It has the ability to record 2 messages (one 8 second and the other 4 second; in its built in 16K solid state memory) when you speak directly into the built in microphone. Other features include a stop-watch, an alarm, backlight, day/date display and hourly chimes. However, the sad part is – it’s near-impossible to find it new. 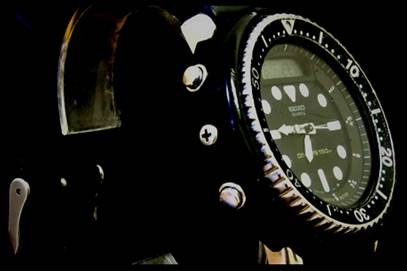 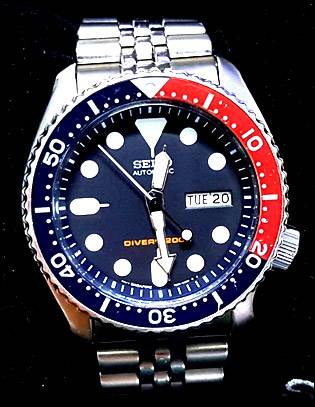 A very modern age film and still it chose Seiko! The movie is a survival story set amidst the Indian Ocean; a water-based, action-adventure-drama. Redford is the central and only character in the movie we know as Our Man.

The Seiko had been a part of his solo voyage in the Indian Ocean when he’s thrown into the sea in an inflatable life raft, following a collision. He also sails directly into the path of a storm, his damaged navigational equipment being responsible.

A film no doubt but the Seiko SKX175 had to undergo all the pressure from the simulated storms and other vicious action-related elements and motions. Using the same 7S26 automatic movement as its 007 and 009 cousins, this one too qualifies among Seiko’s die hard, affordable divers that are good to wear even if you are nowhere near the seas.

Sir Roger Moore in his time with the Bond series have been spotted wearing a small number of different Seiko watches and this is one. The Seiko 0674-5009 was the second digital watch that Sir Roger Moore tried out as Bond; the first one was a Pulsar. Bond’s version came with a special ticker-tape function. It was meant for times when M and 007 had to communicate but with no usual communication facilities around. The real one in the consumer market didn’t have this feature. From a technical point of view, this is impossible due to a lack of internal space.

The thing that fetched this watch a place in the sci-fi movie is its unusual rotating bezel with which you choose different modes of functions. The detachable stopwatch trigger is another gimmickry though you may struggle to find the trigger and the watch in one single package. There are still a few that sometimes pop up from here and there, mostly used.

This is the watch worn by Doc in the movie, on his right wrist. In real life, trainers and coaches hugely benefitted from it. The modes it offers are multiple split-time measurements, countdown timers, preset target times and repeat. The detachable, remote trigger unit allows for the capture of split times, start/stop and reset with one hand, keeping the other free.

Seiko always knew what they were doing and that tradition still continues, making some of the wonders of yore come back to an exuberant mass comprising divers, sailors, military personnel and outdoorsmen in general. These were made famous by movies that portrayed some of the extreme uses of these watches that took aback watch-nerds globally. Partly for that and partly as memorabilia, they give you great bang for your buck.

The list above brings a few of the most famous of Seiko watches on the big screen and there are more. In our upcoming posts, we will bring them up, one by one and that will open possibilities even further for plenty of great conversations to be had.

F.A.Q – Seiko in Movies: To calm those few, pestering thoughts

1. Do old Seiko watches have any value?

The answer is both a “Yes” and a “No”. For you see, if it is the watch Herr Schwarzenegger actually wore during the filming of the movies, you might have to buy it from an auction for a few to several thousands of dollars. If you manage to get one brand new, unused piece from any old stock you might be paying double its actual price, at the most. On the other hand, used ones might cost half their actual price. DO the math from here.

2. Does anyone buy old Seiko watches?

Yes. Prices fluctuate depending upon their models, availability and technical points. The fluctuation, however; could be very sharp, on either side.

3. Are any Seiko watches collectible?

No. Only the Seiko that were and are associated with something big are valued as collectibles. Or, if your Seiko is truly a vintage. However, fact remains that for any Seiko watch, depreciation is lesser.

Your Seiko is a vintage if:

Keep dropping in to leave your replies below. State which one of the above mentioned you’d like to go for the most and also, for what?