We heard the story of the Spring Drive earlier once, so what’s the point in going for another one? It’s a simple answer: We like to evolve and update. And so does our precious, beloved blog.

In simple words, Spring Drive is a watch with a movement that measure time the way of the quartz while keeping everything else mechanical. Two sides to a story – it applies here! But we are behind the actual one. Which is the dark side among the three is up to you to decide.

The Spring Drive’s forefather – arguably – was the 1967 Seiko Lord Marvel with a hi-beat movement with a frequency of 36,000bph and a fair bit of platinum thrown inside.

The best way to open your eyes to the beauty of the Spring Drive is always visiting Seiko in Japan; now, that’s not possible for many among us. For us, they did their best to give every component the best in materials, finish and build – not just of the movements; it’s the entire watch!

Some of you might sense a bad taste in mouth with the mention of quartz amidst an entirely mechanical composition; it’s not your fault. Systematic brainwashing does that mostly. However, we talk about that some other day. Today we’re going to spend time exploring the Spring Drive technology, which manages to harness 8-Days worth of running power in its highest form. 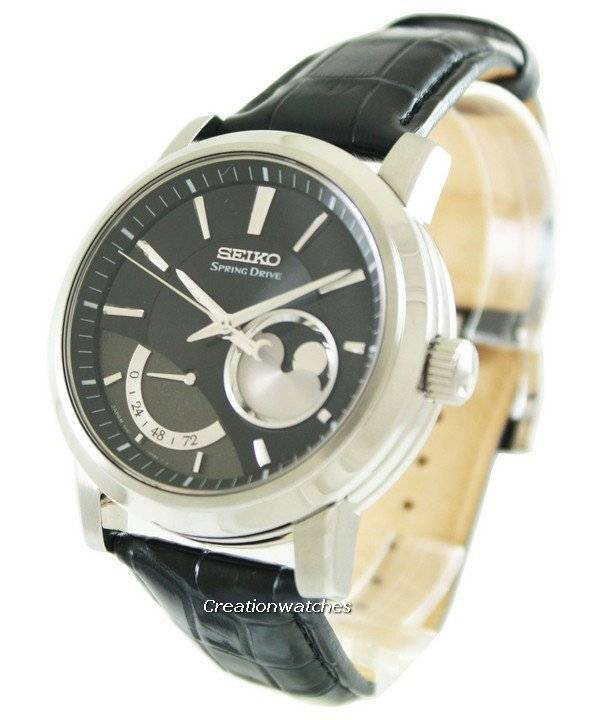 It’s a well-known fact that Seiko has a much different approach to watchmaking than Hamilton or Zeppelin, although all dazzle with their own individual aura, radiance…or whatever else you might call it. Seiko loves to experiment and think differently to overcome different problems

The quartz part in the Spring Drive gives it the precision (±15 seconds per month) and is the only movement that actually tracks time without breaking its continuity. Whether it is watering down the mechanical concentrate or adding precision to a whole lot of emotion is solely up to you to decide. Exotic…Yes! We all likely agree to that. Just like we all agree upon Seiko’s best forte being engineering!

The Spring Drive came up as Seiko’s drive to improve mechanical precision. It appeared as the best possible solution that threw usual constraints out. This, none in the Swiss watch industry thought about formerly. This was no battery powered step-motor into play; they are replaced with the Tri-Synchro Regulator. The barrel and the mainspring, though, stay intact.

Note: The quartz crystal inside the oscillator (resembling a tuning fork) is also developed by Seiko.

While all that intricacy makes the Grand Seiko Spring Drive appear as limited edition, in reality, they are not. However, the caliber 9R01 onwards, they are limited in terms of production. At an approx. price of € 60.000 EUR, they are got to be like that.

Following are a list of Spring Drive calibers along with their respective jewel counts and complications. But not all of them find way into the Grand Seiko. Those that don’t, go into the Credor.