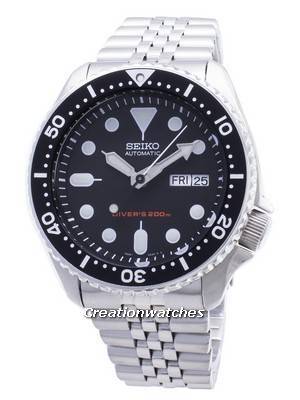 Something I have often noticed in dive watch lovers, they always boast about how deep their watches can go. It feels juvenile at times; maybe you are wearing an expensive dive watch with 1,000-meter water resistance and matched with professional-grade durability, but what’s the use if all your love for the deep sea is confined within screensavers and marine aquariums? True, it inflates the ego; but ask any professional on a dive boat and he will swear by the humble SKX Seiko. That kind of tells what kind of dive watches Seiko of Japan has been making.  The Seiko MarineMaster Professional 1000M  or the Prospex; despite being state of the art watches, do not go that deep unless on the wrist of the yacht-owner or it has been sponsored. You need to be reasonably loaded to lose one and tell everyone about it with a smiling face.

The SKX is currently the world’s most competent and durable dive watches within the affordable bracket and they are since the late 1960s. If you know anyone to Vietnam and back (as a part of the Army GIs) or any dive instructor in Key Largo, ask them and they will tell you durability is not always proportional to the price. Being afraid to scratch the watch face takes away half the enjoyment and if you manage to lose it somehow, it’s a year-long depression you can expect. The SKX Seiko keeps you safe from such disasters.

Despite the low price, the SKX models represent the best of the Japanese watch giant with its 21-jewels and a self-winding in-house mechanism from Seiko. This is not to say other Dive watches from Seiko are not worth; they are very much worth the money you will put in on them but whatever the configuration might be, it’s the SKX family resemblance that shows through them all.

The SKX is readily marked by its oversized dial markers and glowing hands. The glow is something other watch companies tried to imitate but without much success but surprisingly, it’s as wetsuit-friendly as a $1000-up Swiss dive watch.

So, it’s not only going to survive abuses that would make others dead but will also go on and on without even a wee bit of maintenance. True, it’s not atomic precision and might even gain or lose 20 seconds a day till broken in, but once it does, you are in for a long-term affair that you won’t mind telling to your grandson.