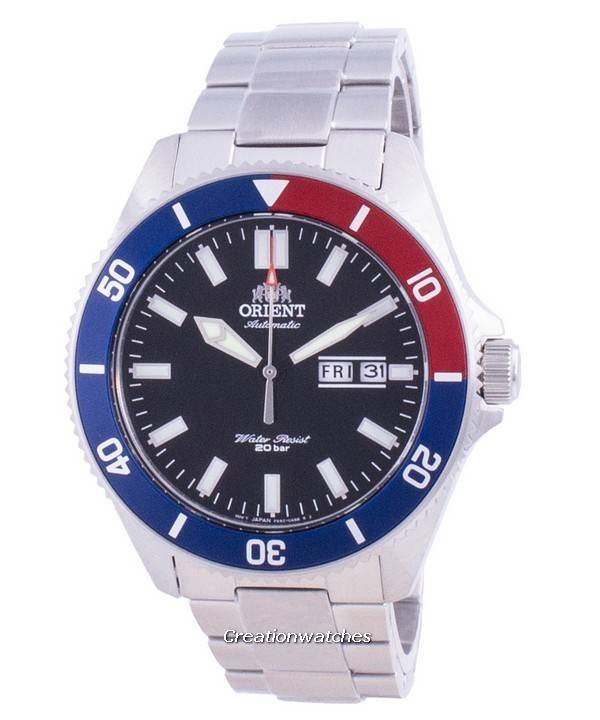 Very good looking dress divers that check all the boxes most others lack. They got a great fit & finish, the attention to details is impressive, their bezel actions solid and there are zero alignment issues.

The Orient Kanno is a better or upgraded version of the Orient MAKO II with more than just a few differences. It’s the third version of the popular Orient Mako, offering better functionality than previous for the not-so-pleased, dive-watch enthusiast. They are stylish watches, suitable for nearly any outfit for nearly every occasion; even vigorous sports and water activities. It will look great with suits and swimsuits alike; or as a casual wear. Great design, great quality – also applies to the true in-house, mechanical movement.

Details to start with:

Vast! Its linear, sporty style fits a wide range of users. Those who are interested in getting their first mechanical watch or them merely looking for a lot of quality from a purpose-built, mechanical watch for less money or someone looking for a dive watch as good but not costing as much as something from Switzerland; Orient brings two prolific pieces for them. The Kanno welcomes the value proposition of mechanical dive watches to attain an entirely new level altogether.

To anyone going for a KANNO

Quantitative standpoints reveal the KANNO to represent great value for its more-than-decent movement, for the hefty bracelets and a case design running to the superlatives. The 200m of water resistance offered is more than even what professional divers seldom dare and they’re loaded with lume! That adds even more value to their qualitative standpoints which, at under $200, make it a deal too hard to pass by!

Leave a comment below if you think some more lowdown is needed about this particular model from Orient.