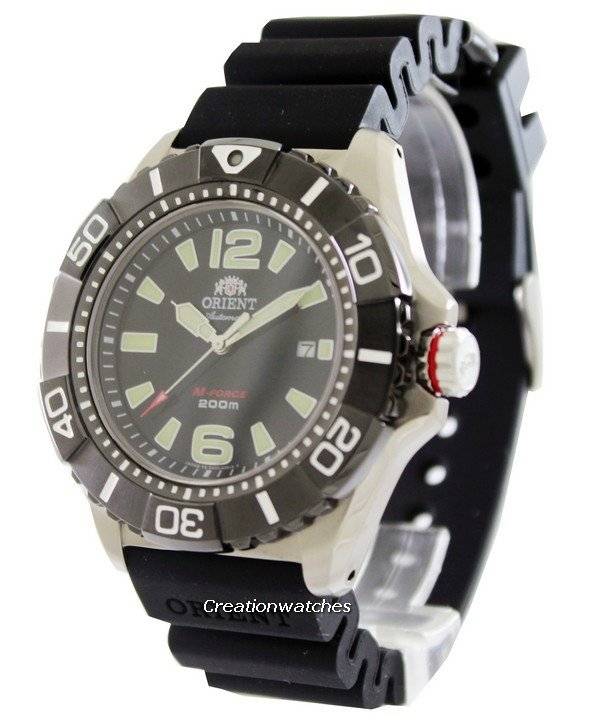 There have been quite a few posts on titanium in this blog but none on the Orient M-Force Automatic Titanium. A few hours were enough to be convinced why it deserves additional categories (rather than just titanium) to fit in and enhance the pleasures of snow sports for the pro and the weekender alike. No, I’m no expert skiier or skater; I like my ice in tumblers, not under my feet. The hot tarmack allures me more than the cold ice but there’s someone in my circle who is a snow-worm and have tried out quite a few – to say, he’s much better than the average seasonal skiier or trekker; his work sent him to places where the earth is more white than brown. So, it’s comments that I narrate here. Let me mention here that the Orient M-Force Titanium is not a single watch but a line with diverse moods; for example, the conservative, no-flair SDV01002B or the rubber-strap SDV01003B – all ISO-rated for their water resistance, anti-magnetic and shock absorbing capabilities. Note: • ISO 6425: For scuba diving. • ISO 764: Antimagnetic certification. • ISO 1413: Shock-resistance certification This guy never tried scuba-diving (neither did I); else he would give it a ‘perfect 10’ even there. The material aside, it’s an unique structure that imparts the ORIENT M-FORCE Titanium its strength to withstand enormous shocks, bumps and jerks. Titanium is light, too; lighter than steel and less weight is a key factor in any sportive activity. Titanium is highly resistance to corrosion (including seawater) making it ideal for the water sports. However, to achieve just the right amount of weight, the bezel is made from steel, tempered and hardened close to that of the titanium. While some might frown upon the mix of steel and titanium, but that’s how the fine balance between lightweight and strong was met. There are some who prefer quartz movements over automatics underwater but with the M-FORCE Titanium, 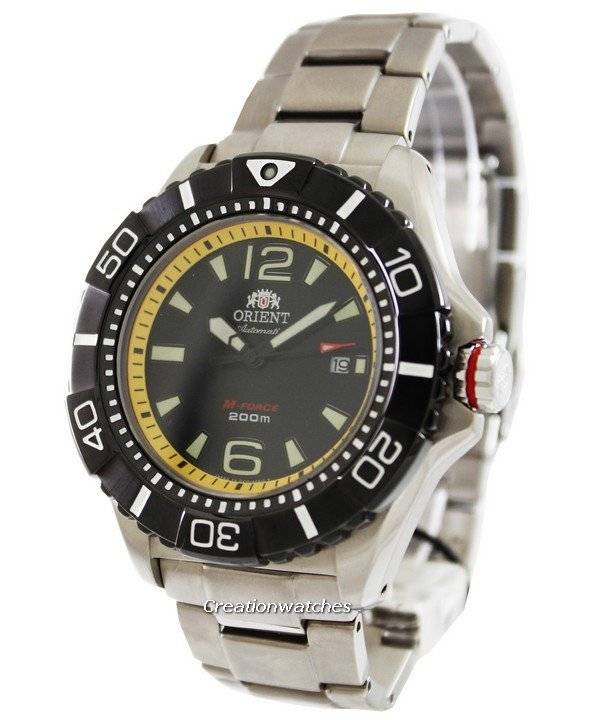 you will have no worries about a battery run-down at the most inappropriate time. That aside, its ruggedness doesn’t sit rock-heavy on the wrist, allowing free arm movements underwater and also above it – say, when you are just basking in the sun and sipping the pina colada. However, I have completely different reasons to consider a purchase. It’s a full titanium body but costs a fraction of other watches in the same category. On top of that, its ISO-certifications (on the sapphire glass too) makes it trustworthy to me for I don’t go without a watch even when I’m bathing my rottie or washing my motorcycle. Getting another watch with two more standards at this price is impossible and that too with an in-house, self-winding, 22-jewels movement (caliber 4075A). Well, the beat is just standard (21,600 beats per hour), but 40 hours of power reserve is something I really need sometimes.