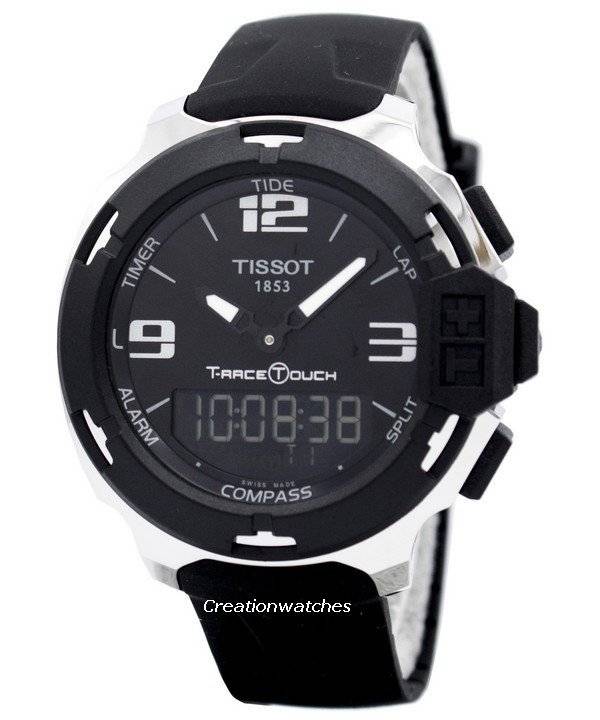 As far as ana-digi complications go, none perhaps blends tech wizardry with fine esthetics as Citizen, but once in a blue moon, we also come across such wonders dedicated to a couple of specifics and that they do with utmost perfection. The Tissot Touch line grabs attention primarily because of that. The practical usefulness of the T-Touch multi-functionality is manifold.

H’ever, the Tissot T-Race Touch stands out due to its own merits and not just being a part of the line. Besides, it is also the cheapest watch from a reputed brand that’s rich in features and functions! That might sound little confusing but well, there doesn’t seem to be another way saying it. But first, we must go back to the Tissot T-Race and Tissot Racing-Touch.

The use of a novel touch system in the T-Touch helps keeping its price low. Tissot’s thoughts on keeping up with the touchscreen-age and its electronics and its digital thinking culminated into these good-old analog-looking timepieces. Only that they show the really useful data in digital format so that you can avoid grave danger, especially where hundredths-of-a-second matters. It’s pretty important therefore, to maintain precision. Tissot T-Touch does that well.

There’s a total of 11 tactile functions in the Tissot T-Race Touch and they are literally at your fingertip. They include a chronograph that saves up to 99 lap times (total/split/lap); this helps to keep track of elapsed and remaining distances. The alarm, the dual-time, the tide calculator and the compass are the other functionalities it comes with, all activated by touching the sapphire crystal glass with an antireflective shield and tactile scratch resistance properties.

The Tissot T-Race Touch has a large, round and water-tight case (42.15mm wide and 13.45mm thick) , and you can take it to 300 feets underwater without worrying. At 88 grams, it’s also one of the lightest you’ll find among sports watches.

Its sleek, black and sporty dial houses a large LCD screen at the 6 o’clock position and underneath is the Swiss-made caliber E49.301 quartz movement. Among multi-function movements, this one ranks at the highest orders of precision and reliability and goes into the higher-end Tissot Touch models; even in the Tissot Racing-Touch and the T-Touch Classic.

Tissot offers the T-Race Touch loaded and with less metal to keep things light. Its twin, the Race Touch comes with a metal bezel and pushers and a silicone strap with clasp, but if you are to be at the wheels, lighter it is, the better. The T-Race Touch fits the bill in every way!