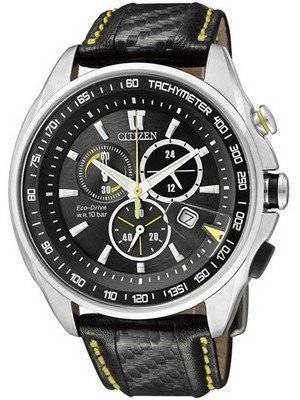 It’s a pumped-up Tuesday! I borrowed a friend’s laptop to work while the grease monkey does the gearbox. The ratchet and the hangar are down to their last stage and there are gear and clutch slips. But it’s great that the problem got detected fast; fixing it back got easy.  Two hours for the engine to run again, let’s clear the quartz and mechanical discussion meanwhile.

As promised, we move on to the spring drive. This hybridization of the mainspring and quartz is unique. The mainspring winds and stores kinetic energy here as well, but some of the energy also gets stored to power-magnets, regulated by a quartz crystal. It’s almost the same way as in a basic quartz movement.

The magnets control the speed (like applying brakes) of the gears moving inside and fix a certain rate the way traditional escapements do it in mechanical watches; they prevent the mainspring’s stored kinetic energy from being released all at once. The escapement is a sort of a regulator without which, mechanical watches would immediately wind down.

In simple words, it forces the mainspring against unwinding and helps it stay within a permissible range. If oversimplified: It is an automatic movement using a quartz escapement.

It’s much greater accuracy than traditional mechanicals. Just tally between an automatic running -4 to +6 seconds a day to a spring drive staying within +10 seconds a month.

Prior to Spring Drive came the Kinetic, Kinetic Direct-Drive and the Eco-Drive. They are all quartz watches but with different power generation methods. Kinetic is powered via motion of a rotor. This creates electrical energy that’s stored in a capacitor/rechargeable battery, while Kinetic Direct-Drive uses a slight modification to the idea. It allows manual winding – see! Are we getting nearer to the Spring Drive?

As for Eco-Drive, Citizen’s idea of powering through the solar cell was an instant hit. Arguably, it’s the simplest way of advanced power generation and storage (complete absence of complex power-generating machinery and additional supportive) and technicality involves just a solar conversion panel and an energy cell. The solar cell makes different quantities of electricity under varying intensities of light; obviously, an hour in open daylight charges the energy cell more than an hour indoors. It’s limitless and it’s free. However, it’s not that Citizen named its light-power technology as Eco-Drive; the light is just a part of the extensive experiments that came out the best. The others within this group are the Eco-Drive Thermo and the Eco-Duo Drive, but those will come later.