The H has a broad crossover appeal  and an absolute watch of choice for luxury car owners; not the chauffer-driven variety, though. Its vintage, racing chronograph style share legacies and cues from a glorious past! Muscle Mustang fanatics, you’ll love it the most. 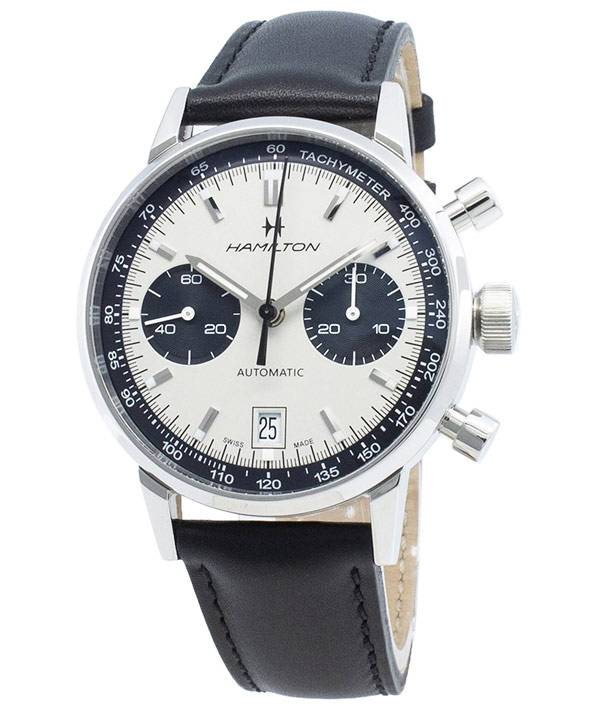 All right, we’ll address the most-obvious issue here right off the bat!

A common saying – “budget” and “luxury” are words that don’t gel well. Any watch that burns a minimum of $5000 as budget definitely isn’t what we’d call a “budget” watch but it’s definitely the beginning of a “true luxury” budget. However, as with so many things in life, it’s all relative, isn’t it?

When most people think of horological behemoths, their mind automatically goes to Rolex, particularly the Submariner which, consumers can buy for princely sums. Or, they can pay measly-to-reasonable money for a piece albeit driving Ferraris or – even at times – eating gold-flecked caviar! The idea behind not flaunting luxury while rocking it full tilt is a far more attainable and lucrative target than flaunting luxury while not rocking it fully.

Wearing true luxury requires psychological priming. Inexpensive luxury pieces do that. The jump from a sub-$1000 piece to $5,000 (or more) watch is quite a drastic one; the $1000 to $3000 range helps to buffer it greatly. It helps you to get used to the feel and carry it around without feeling too conscious about it. That’s when, my friend, you start to get the true feel of wearing a luxury piece, marked by blithe unconcern. 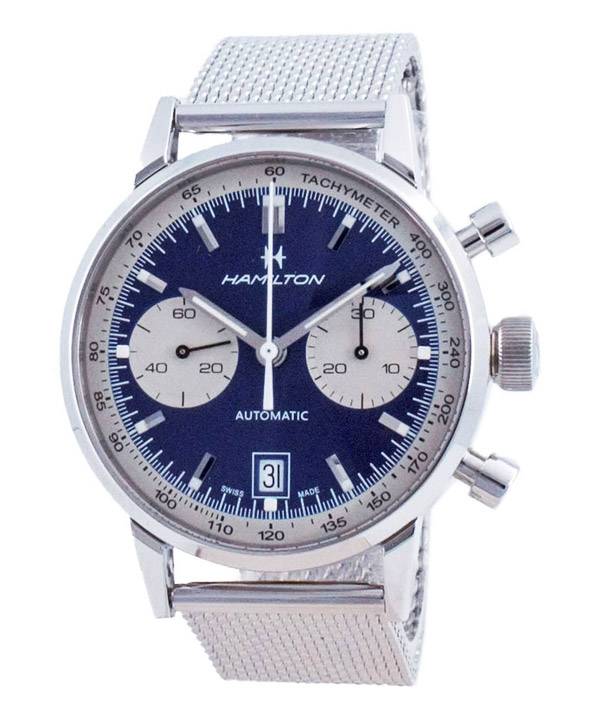 Unlike our previous budget-priced roundups, this time, we bring you some of the most remarkable pieces within the $1000 and $3000 category; stacked side-by-side, waiting to be picked up – no matter if you want to wear them here or at Helsinki, infamous for being notoriously expensive though not quite as it is in Stockholm.

We bring you the Hamilton Intra-matic Chronograph H!

These are high-value, vintage-inspired, aviation watches that expand well the brand’s mechanical offering and they do it with some ’60s panache. Based on some historical Hamilton models (chronographs A and B; 1968), these manual-wind sports chronographs are – in many ways – the quintessential watch to bridge the gap between three and four figures. The contrasting dials (panda and reverse panda) are a great aid toward legibility; the matte finish working nicely against the subsidiary dials with concentric-circle-patterns.

The Intra-matic H chronograph is a thickset watch. Now, that doesn’t apply to the entire Intra-Matic collection; the rest of the models are relatively slimmer. The thickness is largely due to the boxed sapphire and is most prominent when you are getting a side-view of the watch, resembling a flying saucer short and stout. Ideally, another couple millimeters less would make it more acceptable to them preferring slimmer watches but then again, they absolutely wouldn’t question its wholeness to be greater than merely the sum of its parts.

What’s surprising is the thickness is far less noticeable upon the wrist and this is due to the downward sloping lugs. The angles at which they bend – it can be said – surely made the designers spend more than a couple of sleepless nights at their respective desks to find them out. 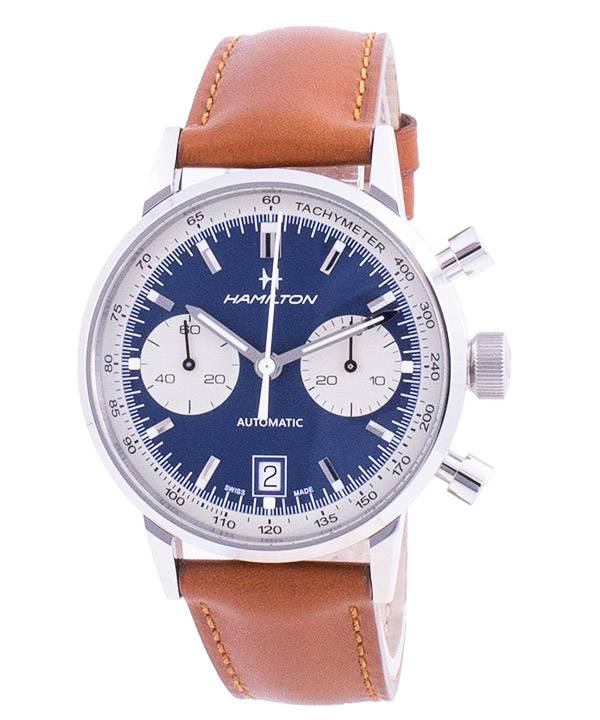 This probably adds a great deal towards its stripped down, pretty, simplified appearance, distilled from the just automatic Intra-Matic watches earlier. The hand-wound Hamilton Intra-Matic Chronograph H looks a lot like any Mustang muscle-version, vintage-styled. Other chronograph designs don’t really capture the muscle-feel. The Swatch Group did a great job offering an excellent performance through a classic, hand-wound mechanical engagement keeping a price point well below others. Athletic and effortlessly handsome, that’s how Pennsylvania was in the late ‘60s.

A quick look at the movement

Why should you go for the H?

Out of all vintage-inspired automatic chronographs, the H’s cleanliness and simplicity blends unbelievably into an athletic, muscle-car charm. It’s a lot of classic charisma all on its own.

Drop a reply stating which one, out of the three, you like the most and why.