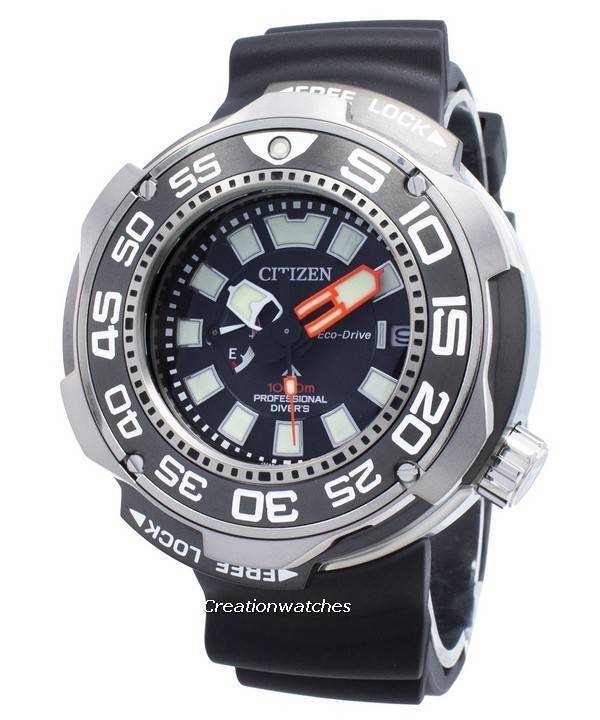 People flocked in at the Baselworld 2017 to get a glance at the show stealers that year – an entire ocean of retro-inspired dive watches. Amidst a plethora of brands showcased, it was Citizen who stood out; solely due to the reason that they dared to bring something radically new to the plate. That’s to say, it was the world’s first, solar-powered saturation diving watch!

Question might arise if Gonzo is experiencing a time-lag? Not quite, but definitely a memory lapse, to an extent (age is catching up) but not so much that he will shove good things in a distant corner of his brain. A little stimulus is all that was needed and the Sola’Zilla showing up on the pages of Creationwatches triggered the impetus.

First things first; let’s see why the 1000m Solar Promaster stands out among the rest of the divers. It is:

The new Promaster Solar 1000m has its roots in Citizen’s first 1,000-meter diver they came out with fifteen years earlier, in 2002. They were 4mm less in diameter (yes, it’s the Autozilla we are talking about) and had a removable bezel, which has been replaced by an additional locking system (with a visual indicator that shows the time for when you unlocked the bezel) and an indicator to show if the crown at 4 o’clock, is safely screwed-in or open. Alongside, there are integrated strap adaptors and also an automatic helium-release valve, making it equivalent – if not better –  to the Omega Seamaster 600 PloProf  or the Seiko 6159-7010 Professional Divers which go down to just 600m; a full 400m lesser than the Sola’Zilla. 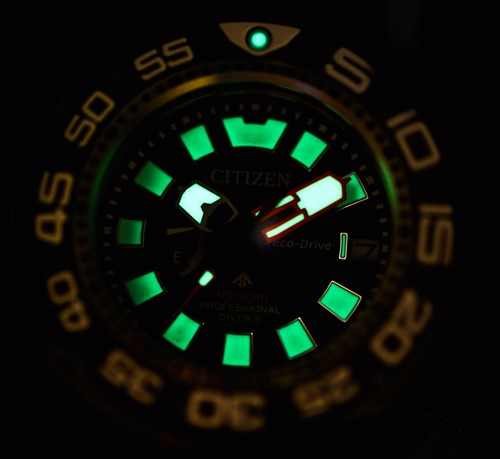 The additional ring for locking the bezel is a clever and very convenient feature though some might accuse it of over-engineering; but all that Citizen did is equipping the bezel the easiest one to operate, even when you got your gloves on. It offers a very practical solution for divers who wear a dry suit.

Citizen’s Super Titanium alloy gives the watch an increased scratch resistance being five times harder and 40-percent lighter than 316L stainless steel.  The Caliber J210 fluctuates to a max of +15 seconds per month while the slightly domed sapphire crystal magnifies the comparatively smaller dial, housing the hands with twice the afterglow brightness of other watches; a date window and a power reserve indicator.

All in all, the Sola’Zilla is as professional and refreshingly over-engineered, uniquely designed piece as possible; is undoubtedly large and surprisingly comfortable to wear.