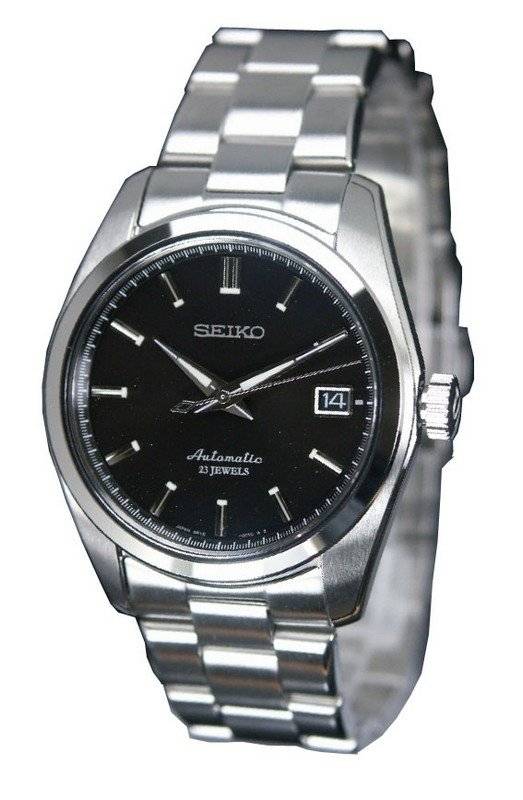 Setting right a psychological conflict is tough, so I had to give it enough time to burn itself out before I could sit down penning something. As most of you can understand, extreme peer pressure keeps me confined to just one watch a year (officially, that is) but this year, I still have to fulfill the quota. So enough battling; I decided to start the journey towards dress or luxury, whatever you might call it. And my soft corner for Seiko wins.

Seiko easily rivals its Swiss counterparts and the biggest testament to it is perhaps the Grand Seiko. It’s one of the very bests from the global perspective – it’s something a watch nerd can’t escape from. But the associated premium made paradigms shift; I preferred starting with the SARB033 instead. It’s a budget GS, you may say; wear it anywhere, you are never going to feel out of place. IMHO, it fits every aforementioned description of tough, entry-level luxury. Its GS DNA reveals right at the first glance and sets it far apart from decent looking mediocre timepieces. I find its similarities to the GS rather uncanny and the reasonable price could be one of the reasons. It’s an overall package unheard of formerly at this price range.

The SARB’s overall finishing and case design is few notches above the average Seiko 5 Sports and fantastic or well-made doesn’t describe it well either. Not flashy is perhaps what comes close (maybe classy; or discreet) so it doesn’t draw attention immediately from an onlooker. Its beauty unfolds (or, builds?) over time. Brushed, with hints of polish along the sides and slightly curvy lugs – it’s a supreme construction, to say the least. There’s a solid feel, the type often absent in many other brands in this price category. It’s almost the same as the Prospex series in heft and size.

The dress materials are definitely its modest 38 mm face (excluding crown) and its see-through case back. I have a preference for bare-back-beauties with sapphire crystals on top; this one has both. The back-glass is hardlex, though. And its legibility sends the piece over the charts! It’s top-notch legibility to which the dauphine (sword-like) hands and their tapered tips contributed generously.

The 6R15 movement is exceptionally smooth; smoother than any average, off-the-shelf movement. It’s premium category, not the average 7S26 caliber. The 6R15 is a premium, 23 Jewel work-horse beating at 21,600 bph, with a 50-hour power reserve and runs +25 sec/day max till broken in. Thereafter, +15 seconds is where it will stick to. It offers hacking mechanism, something pretty uncommon common in the standard Seiko 5 line. But more honestly speaking, the 6R15 outruns the ETA2824 in many aspects and price is just one of them.

As for the bracelet and clasp, everything is A++1. For purists, that means a lot.