It all started from the Valjoux 7750; an integrated cam-operated, automatic chronograph movement. Valjoux was a part of ETA before and the caliber 7750 they built is still a highly esteemed movement for its robustness and reliability; so much that the majority of mid-range mechanical chronograph watches in the market today keeps on using it.

The 7750, in the later years, spawned the 7753, acting as a base for many complications and fortified its position also as third-party watch movements. Let’s see what tells them apart. 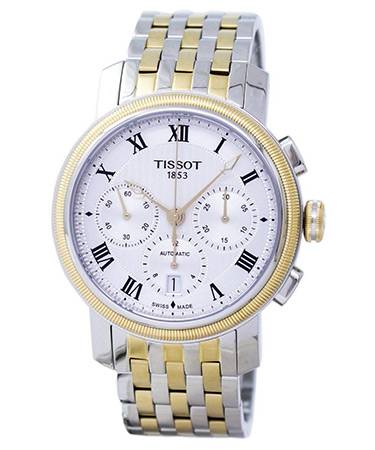 Getting to the point

Listen casually and even then, you cannot miss out – unless intentionally – about the iconic vintage-styled chronographs like the Tissot T-Classic Bridgeport, which relieves you from the struggle of finding an entry-level, modern, automatic chronograph. It comprises the ETA 7753; a movement that can be reliably and easily serviced and you do not have to travel to Switzerland to get it done. It’s very closely related to the Valjoux 7750, with a CAM switching architecture stop mechanism responsible for it, replacing the column wheel. Other aspects are a stone lever for escapement; a Yoke winding system, the non-magnetizing Glucydur balance wheel made from beryllium bronze (beryllium/copper/iron alloy with a low thermal expansion coefficient and a hardness of 400 Brinell), highly resistant to deformation and damage and imparting high dimensional stability. Additionally, it has a Nivaflex mainspring, an Incabloc shock protection and an ETACHRON regulator system with corrector. 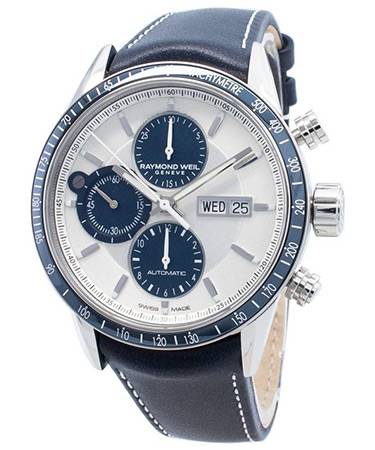 The 7753 does the same things as a 7750 in almost similar ways; it’s a self-winding type with 27 jewels, a ball-bearing mounted unidirectional rotor and beating at 28.800 vph with about 44 hours of power reserve. It can split a second into its 1/8th part and measures time till 12 hours at a stretch and shows the lapse of 30-minutes at a time. 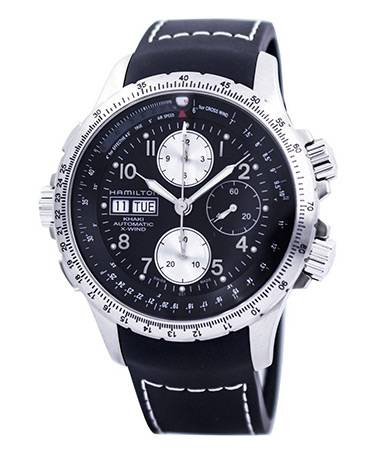 The transformation of Calibers

Many watch makers today have given both the cal. 7750 and 7753 additional finishing or extra complications; for example, Hamilton transformed the 7750 into H-21 and Raymond Weil created the Caliber RW5000 automatic chronograph movement out of it, the latter being a redecorated (black, PVD-treated oscillating weight) version of the 7750 automatic ebauche. The cams and levers remain untouched but there are 25 jewels in it instead of 27 and a power reserve of 46 hours. The undecorated bridges are very much Spartan in appearance, but oh! The rotor is a solid piece of metal with a circular, machined dot-and-flicks engraving.

Which one is for you?

There’s really no easy answer to that question; as a base movement, nothing quite beats the 7750 while the 7753 is for the lot who prefers a more balanced, tricompax layout for their choice of chronograph. But if you are really in for a sports chronograph that also doubles as a debonair dress watch, you can’t beat one in a  Raymond Weil Geneve Freelancer chronograph!
Drop a reply stating your preferences around the movement. We’d love to know what makes or beaks your watch!