It’s after a long time Tissot launched three new timepieces in a row. Bridgeport, they named the series, which plays a major role in the revival of authentic vintage models the watch world is undergoing in the recent years. The Tissot Bridgeport Mechanicals win above all in the affordable luxury category because of its classic aesthetics and the way they have done it – in a single word – is incredible! 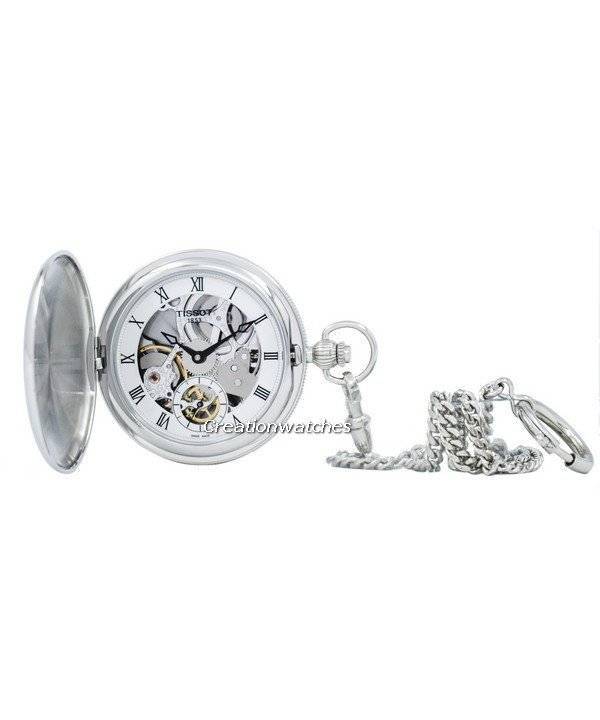 The Tissot Bridgeport Mechanical Skeleton exudes a timeless aura, but that says nothing about the piece. The skeleton structure reveals the working of the movement inside and this is the only skeletonised watch Tissot has come up with recently besides the Tissot T-Complication Squelette, which we will cover in the near future.

The Tissot Bridgeport Mechanical Skeleton features small flutes around the stainless steel case which will appeal more to the vintage watch enthusiasts. But its past references are backed by strikingly modern technical accomplishments that make its impressive, hand-wound mechanical movement both tough and accurate.

On the case cover at the back, the Tissot Bridgeport Mechanical Skeleton displays the Tissot’s heritage symbol. Opening it reveals the ETA Caliber 6498 Swiss-made mechanical movement, which you can hand-wind with the beautifully decorated crown at the top. The Cal. 6498 is a Savonette (hunter pocket-watch calibre) with a sub seconds dial and closely related to Cal. 6497(Lépine version). The movement is a large one, which explains the size of the watch, measuring 36.6 mm in diameter but only 4.5 mm in thickness. That way, it is a pretty compact, manual-wind design with 17 jewels thrown into it. Beating at 21,600 vps, it reserves power for 46 to 50 hours.

At the top, it is a scratch-resistant sapphire crystal, whicj also shields the watch from water intrusion, though not very high but enough to save it from showers and accidental drops in water not exceeding a depth of 30 meters or around 90 feet.

So, to end, Tissot emerges as one of the watch makers who do not always go by the market economy and has a deep respect for vintage styles. The Tissot Bridgeport Mechanical Skeleton is going to please if you are a watch aficionado with a special penchant to obtain great looks through a vintage appeal.