” – Ventura caught the public eye immediately; chief reason being – it is miles away from those lame attempts that butcher the very will of donning a watch. IT IS SUPER IRRITATING TO LOOK WEIRD WHEN YOUR DAILY LIFE IS GIVING YOU A HARD TIME. This is where the Ventura comes to rescue.-“ 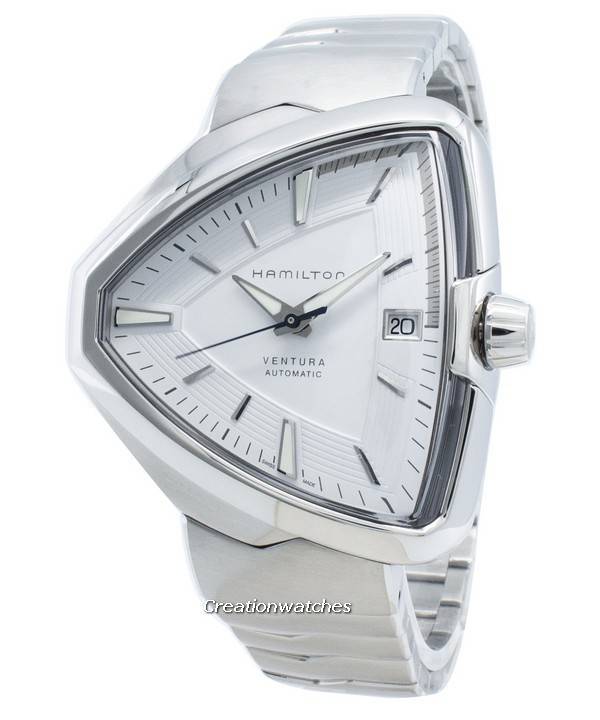 Ahhh…the ODD shaped watches! Some call them forbidden but an ODD shape is not just any specific shape. It’s a term for any shape that defies the norms of round, square or rectangular that’s relatively easy to spot and usually, a hugely expensive piece drawing a LOT of unwanted (and unkind) attention from watch-geeks and watch-freaks around. It feels special wearing one and they are almost always appearing out of the place. For, stuff like the Dragon Gate Legend Watch or the Persistence of Memory-inspired Melted Wristwatch exist upon the “-usual paralyzing tricks of eye-fooling”, created with – as Dali said himself – “The most imperialist fury of precision” and take a lot of imposed swank and sophistication that are hard to maintain over long stretches. Plus, they are expensive; enough to turn your wrist limp and soft as overripe cheese. Hamilton, instead of creating something as drastic, focused upon a mid-century, modern, triangular design and named it the Ventura. Elvis fell for it; so did Agents J and K.

Ventura caught the public eye immediately; chief reason being – it is miles away from those lame attempts that butcher the very will of donning a watch. IT IS SUPER IRRITATING TO LOOK WEIRD WHEN YOUR DAILY LIFE IS GIVING YOU A HARD TIME. This is where the Ventura comes to rescue. 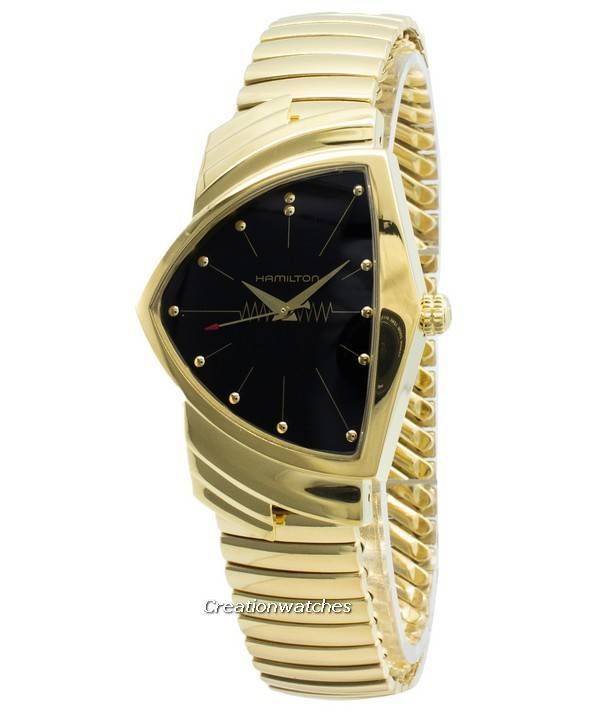 If you are going to wear a watch that looks different, make it a priority that it goes well with your usual dressing. Unless you are in your swimming trunks, the Ventura will strike a happy note in your mind; with women, the Ventura Ladies’ are more forgiving. They will go even with your new, hot bikini! Nobody will give you crap for wearing one on the beach. It’s just when you show-off that others tend to get irritated. With the Hamilton Ventura, you are safe because it does so in a very subtle note. Also, it’s a good way of separating out the serious watch wearer from the no-hopers. 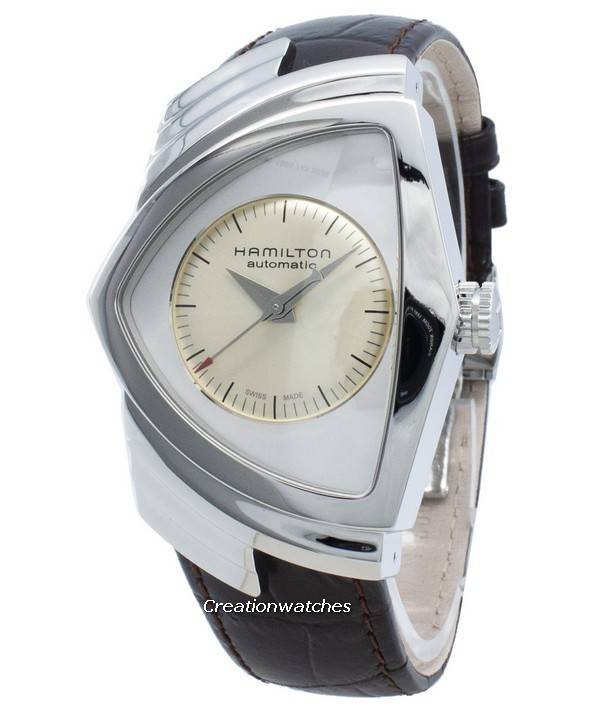 I have been guilty of violating the forbidden rule a couple of times but trust me, it’s an awesome experience. Agreed that in reality there’s no such thing – anyone can wear what one pleases – but going off-limits tend to get tiring after a while. The Ventura, that way, is a safe bet. They are bright and sparkly, feel easy on the wear and don’t make you knock yourself out of your brain. Even if you are buying your very first watch, the Ventura is an outstanding pick!