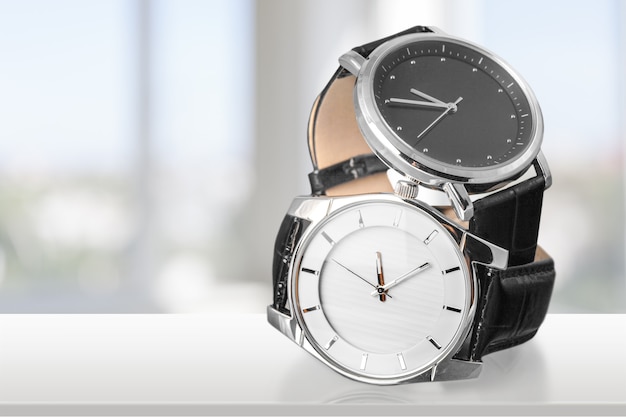 Trust me, owning an automatic watch doesn’t always require you to shell out thousands or millions. Neither do you need to live the life of a celebrity or an industrialist with pockets deep enough to buy an island in the midst of the Pacific. Or, hobnobbing with the Mafioso!  Being the proud owner of a mechanical watch just means someone with a keen eye and a love for precision craftsmanship; a sense of beauty and an affinity for state-of-the-art engineering apart from a good taste. Everyone likes a good bargain. More so, when the above three words apply. It could be anything that money can buy; a luxury car, luxury glasses, Hors d’Age Cognac or – what we are here to talk about – watches! Premium timepieces worth tens of thousands of dollars; many even more, enough to empty your wallet! They are the topics of discussions just about anywhere!

Our focus, therefore; shall stay upon those offerings even snobs – if they are on budgets – shall admire. It’s a subject we will discuss through a relatively short list that reminds brevity as the soul of expressions. We keep to one within a manageable length.

A Brief recap of basics 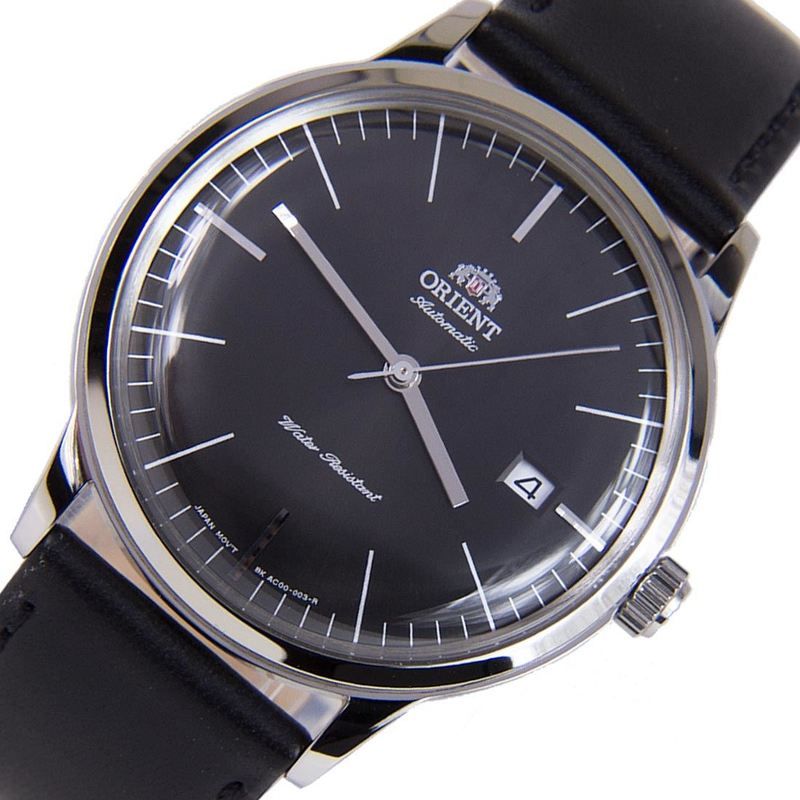 Seiko, Orient and Citizen top the list of Japanese watchmakers if you judge by the sales figures and they are corporations; neither Masahiro Kikuno nor Hajime Asaoka or Naoya Hida can match them in matters of units sold. Creating watches single handedly is a whole lot of task. It’s expensive, too.

A midpoint is set by Credor or Minase; even GS and the Citizen (e.g. Caliber 0200) is a part of it, though Credor’s movement finishing is substantially superior with blued-screws and chamfering (including screw-holes) in abundance! The case finishing, too; has a luminosity GS lacks and sometimes, more traditional with no design grammar violation. It’s for the artists not bound by convention, while GS goes for those on the corporate path. It’s hard to tell if it overpowers Citizen in this category; the clear traits of Swiss design – the result of a technical collaboration with La Joux-Perret – make it all the more difficult to offer a clear answer. Or, a final conclusion.

But wait! Where does Orient stand amidst these? While GS and Citizen are at the top ends of – what some might call – normal watchmaking (i.e. nothing too much mind-boggling into the mix; neither complications nor ludicrous decorations) offering some fantastic movements with very high level of finishing, very accurate and built to last; Orient Stars end up some being more impressive than others. The quality of the OS is very, very near to GS; their dials nearly as beautiful as of a GS – however, magnify the watches a few times (3X to 5X would be fine) and the differences will be easy to tell.

You will find OS-hands not as sharp as they seemed with your naked/bespectacled eyes; so are the markers. The OS movements are however, good and reliable with fair amount of accuracy but not like the Royal Orient, better regulated and with movements that are slightly more decorated. Still, with Seiko it seems their level of perfection can be brought only under a threat of Seppuku for every person involved.

With Seiko definitely as the first choice, it’s good to have a Citizen and an Orient Star in your collection, if you want value-for-money.

For them with a slightly higher budget, Hamilton, Raymond Weil, Tissot and Oris would be worthwhile choices. They are the kind of luxury your boss won’t fire you for wearing. But if you are looking for a piece you could just throw around, dip in the mud and wash it off in a stream again; care nothing about the money you’ve put into it, maybe you should just settle for a Ratio!

10 affordable automatic watches to target in 2022

This list comprises the 10 most sought out collection of pieces that have satiated the craving for both new buyers and seasoned collectors. Casual wearers liked them for their ‘no maintenance’ part, which is also a very big point for active, outdoor men to consider and they had! These are smart, consciously-designed pieces with the most expensive offerings costing lesser than a routine service – say, for a Lange or an AP!

As for the movements, the ‘1st generation Bambino’ uses an Orient Caliber 48743 while Generation 2 onwards, it’s the F6722, a self-winding automatic movement with 22 jewels and 40+ hours power reserve, built in-house in Japan. Orient consistently refers to this caliber as upgraded because of its hacking and hand-winding functionality.

Bambino Open Heart models mostly use the F6T22 movement. The comparatively new Version 5 makes use of Cal. F6724, an upgrade to the caliber 48743 – a workhorse movement. The F6724 offers hacking and hand-winding facilities unlike the 48743. The F6724 has become the standard for Orient premium watches.

So, after looking at 10 of the most affordable automatic mechanical watch families today, you must have estimated what you need to stand out from the crowd and what should suffice a low-key, daily, go-to wear. Surprisingly, these watches do not compete against each other, for their respective area of functions – apart from telling time – is well-defined and stays so instead of becoming increasingly blurred with the large number of variants under each of them. That’s largely because these brands play a different game at a more personal, closer level; letting you take more risks in matters of usage, which is not just about telling the time or the day or the date but about telling them precisely over extended periods without the requirement for intense maintenance schedules.

That said, it’s our firmest belief that inevitably, the question about the top 10 mechanical, automatic watches centers upon which one is more accurate than the average? And whether this depends upon further criteria?

This brings us to the fact that ranking watches by accuracy is no easy task considering the regulation standards and possible deviations and also that by sales volume alone, citing would also be misleading.

The truest way, is therefore, to get one for yourself and finding out the answers over time.

1. Which is the best automatic watch in the world?

An interesting question and thinking about an answer to it is – if nothing else, then – an entertaining and – no shame in admitting – a challenging one. It’s easier to pick 10 or 20 best of the lot pieces and that’s what most of us do; arbitrary as it might be, still it stops you from getting judgmental. A fair bit of being judgmental stays associated in picking the hautest 5 or 10 or 15 or 20 – even 25 or maybe even 100 – however; that’s not as extreme as boiling down to that top, single piece wearing the crown of supremacy!

It would have been rather unfair not to mention the fun part of it. Or, if we may call it, an advantage! Forcing yourself to be selective when you might pretty well choose otherwise not to be so; involve a deeper, stressful thought process about what you would leave out and what you’d pull in. In a time when eyes almost always follow mostly the digital screens and tags the mind along with, it would prove a fair bit of exercise to put some lifeblood back into the cranial cavity.

We are not to count the number of possibilities therefore, this time. A far more certain way to appear at the final judgment would be looking at just five who hold the strongest potentials – in one way or the other – to be called upon as the Best Automatic Watch in the World!

2. Are automatic watches any good?

As young collectors, many tend to ask if the watch they are wearing is a good watch and take other’s opinions very seriously when going for the next purchase. Often, that way, the worth of the watch is mostly determined by what you’ve paid for it and amusingly, they are almost not always happy to hear “it depends” as an answer to the first question and that price alone can’t be the judging factor for expressing an opinion that would either glorify or demean the compact pieces of engineering known as the mechanical, automatic watches otherwise.

To stay far from that risible instance of enquiry, let’s look into the truth. Generalizing automatic watches as cumbersome, high-maintenance, high-priced possession is absurd, since plenty counterexamples exist. However it is also true that mechanical watches, in general, are more expensive than quartz, but the automatic mechanical watch is worth in terms of effort expended in making it, which is far greater than what goes into quartz; something you can always admire for its beauty or for some other surprisingly similar reason which is not quite perceivable by others.

3. What is the longest lasting automatic watch?

The current record holder for the wristwatch with the longest power reserve is the Hublot MP-05 LaFerrari. Its monumental power reserve amounts to a total of 50 days (1,200 hours). Hublot installs 11 centrally-mounted and coupled mainspring barrels to create this so impressive power reserve and throws in a dedicated power tool into the package just to wind-up the watch fully!

Is it desirable? Well, for a watch costing in five figures that’s a definitely a yes, since the beat rate will not be compromised under any circumstance but that’s not the case with a watch costing in three figures or maybe even four figures, in that case. An extremely long power reserve is not a priority since it affects the compactness to great extents.

4. What are the disadvantages of automatic watch?

An automatic watch! Definitely, with some TLC from time to time. In case it ceases to function, it can be repaired and brought back to working condition whereas for a quartz watch, you’ll mostly have to replace the whole movement. That is why, most of the watches passed down through generations are mechanical watches and not quartz.

5. Is an automatic watch better than quartz?

Yes and no. It depends upon your mindset, your taste and your dedication. Not everyone has the ability to master the art of watch maintenance. The final output says Quartz watches are good for use for time when you need to throw in a good bit of muscle or amidst dirt and grime but under normal circumstances, automatic ones can stay functional for years at a stretch and then, after some servicing, for another few years. Quartz won’t last for that long. [Further reading]

Keep dropping in to leave your replies below. State which one you like the most and for what?