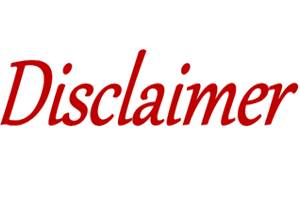 Beast is an expression that has worn down following its profuse usage with anything that its creator wants to appear tough and formidable; still, out of a lack of a more appropriate word, we stick to it.

A few, essential facts to start with

It’s only a specific grade of toughness or above that can be rightfully bestowed upon the honorific title of a ‘BEAST’. Those below that toughness level might just drown taking your hopes and dreams along with them to their rock bottoms. But with the BEAST tag attached, you could stay rest assured that the price tags will be high as well. You are shaped like that by common belief. 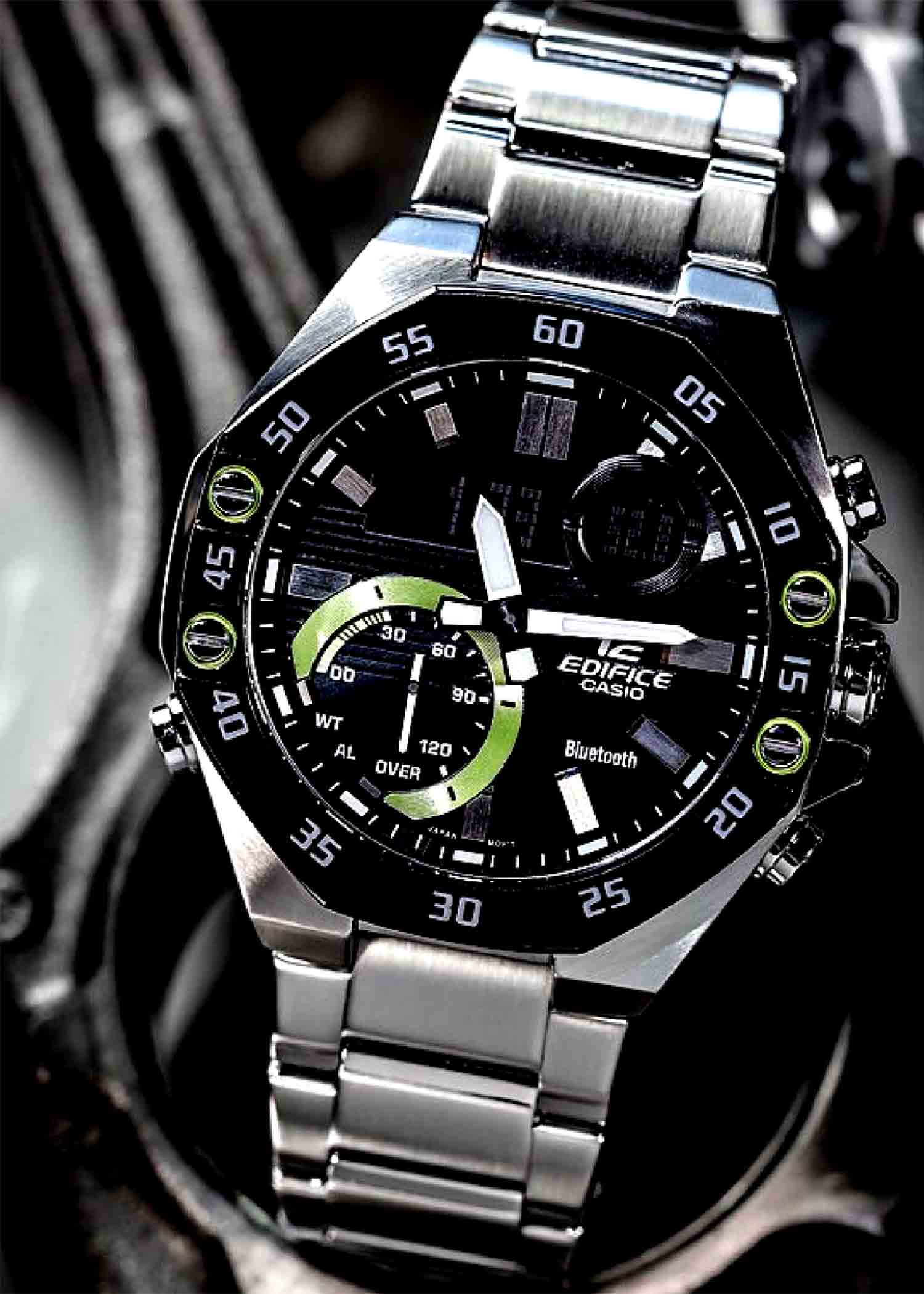 Don’t join the herd. They’ll tell you only about beasts that cost a pretty penny but well, they well deserve that price and a slightly higher price would also justify it. There are no arguments about it. You don’t question a Seiko SKX or a Hamilton Khaki Navy Frogman Automatic; a Citizen Promaster RC or Citizen’s Marine Satellite Wave GPS Titanium, for you know quality and reliability demand a price. Well-established brands – so it’s OK to pay the price. However, tell me the truth – Would you risk it for a day in the Sun, amidst all that sand and the stretches of the seas? Or, maybe while you reach for the equipment that somehow landed up in a puddle of mud? Guess not; you fear risking a thousand dollars – more or less – and more than that, a beautiful timepiece to adorn your wrist. Despite they are built to withstand the extremes of Nature, the fear lingers in your mind.

This is where watches like the Casio Edifice World Time Mobile Link (also its Solar version), the Casio G-Shock Analog-Digital GA-200, the Ratio FreeDiver 200m, and the Orient Star Sports/Diver Power Reserve Automatic come to your rescue. Let these accompany you to the beach while those mentioned earlier can join you at the beachside pub. Or wherever else you’d like to spend a wild night.

The Beasts in a nutshell

The Beasts: Under the scanner 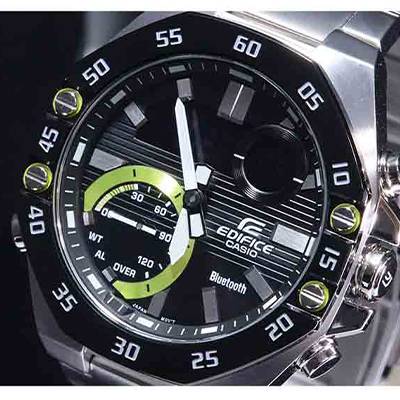 worry any further about your watch whether it’s keeping the perfect time. Question your mobile link provider instead. As you establish a smart-phone link with your module, the watch will adjust itself to the current time without any human interference. But there’s more to this Edifice and that goes beyond its octagonal, black bezel from EDIFICE, which continues to evolve as an advanced high-performance metal chronograph. As long as the watch is close to a Smartphone, it can link to the dedicated “EDIFICE Connected” app through Smartphone Link using Bluetooth®. This enables the watch to schedule (start and end) events on your Smartphone. The LED light lights up with a simple tilt of the wrist. The bezel has a black ion plate finish that resists scratches and its schedule timer is based on the F1 standards.
This Edifice from Casio can tell time in 38 different time-zones in the world, which is particularly useful for them frequent travellers; or, those who have to deal with multiple time zones for just any purpose. This too you can access through the ‘Connected’ app on your Smartphone.
There’s a little surprise waiting still, which is the Phone Finder. Whenever you forget where your Smartphone is, the watch tells you its location. It will make your Smartphone ring at the push of a button. 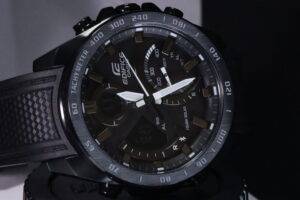 A pleasant surprise about the watch is its über-tough aesthetics that you’ll find resembling very closely that of the G-Shock’s. It is as eminently functional (plenty of technical wizardry) but with a different and intelligent design language that let’s speed take control!

There’s nothing much different with this model compared to the other one with the starkest difference being the black ion-plating. Stealth look, as the watch world would call it. A busy, travelling executive or someone who runs a business at different time zones might find it way more useful than them who are not. It is a standalone wearable accessory that brings multiple functionalities within an expensive look minus the stress of wearing one. The Super-Illuminator is a power guzzler, so they’ve provided a battery-level indicator and the Tough Solar power-generation mechanism.

Why should you find these Beasts a home? Sorry, a wrist?

Tough watches are nothing new to the world. There were tough watches before; there are and there will be, boosted by the developments in materials and technology to follow. But these herald the advent of the smart watches of today – funny it might sound – and they are not exactly the ‘all work and no play’ type. They’ll be with you through the thick and thin unlike snowflake smart watches which can be with you for business and pleasure but not play’.
All the drama we are facing in the world now – pandemics and wars – it makes sense to get your hands upon some of the hardiest stuff among all. Let’s start that with our respective watches. For – may the day never arrive – in a post-apocalyptic world; your watch might be the only tool you’ll get to find out time and direction and maybe, even to drive the tent pegs in!

Keep dropping in to leave your replies below. State which one from the above watches you’d like to go for the most and reasons behind it.

Chronotales is currently among the Top 30 Watch Blogs rated by Feedspot.