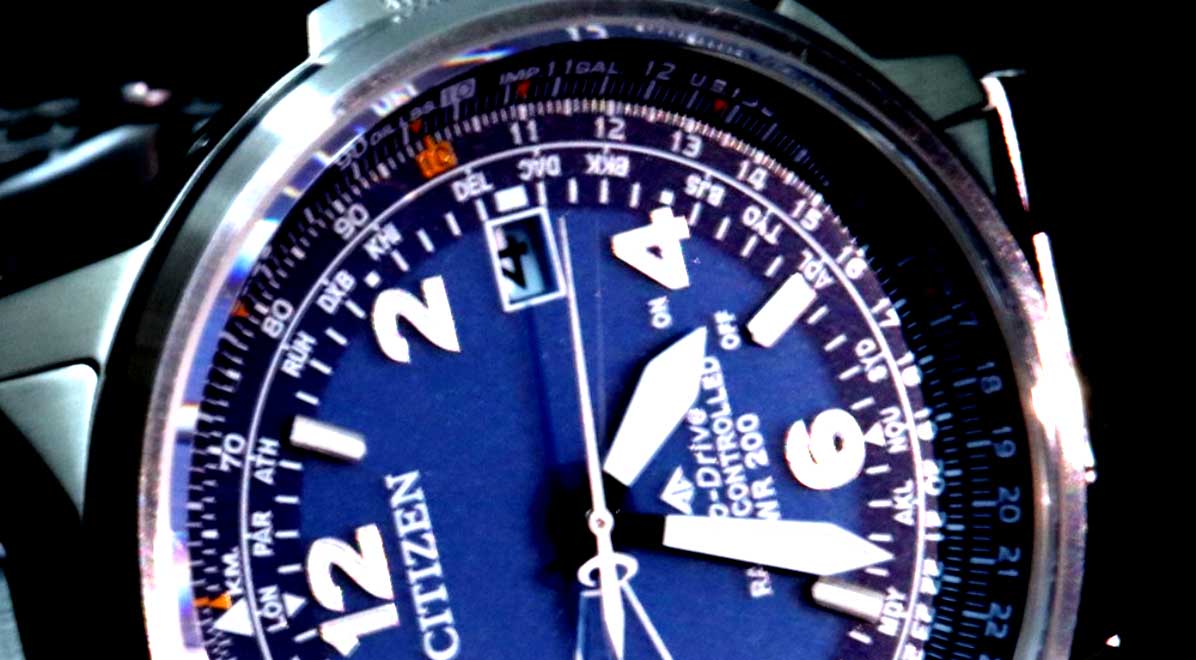 The high profile status of many watch brands are established by their ad blitzes rather than by their substance. It’s not to say they are absolutely low-quality products – we’ll give them that – but high-tech watches for everyday use? Not every brand does it and not too many doing that do it well. This is where you fall in love with Citizen; a brand that on one hand can go as rudimentary as possible without cutting corners while on the other, they soar to unprecedented heights and lets you enjoy high-end technology everyday without making you pay through the nose. The price range seldom exceeds the $5000 mark and when it does, know that you are up for something very, very different from their contemporaries and competitors. Even Limited Edition models e.g. Promaster Fugu – rests the cases before it’s halfway to the thousand dollar mark. 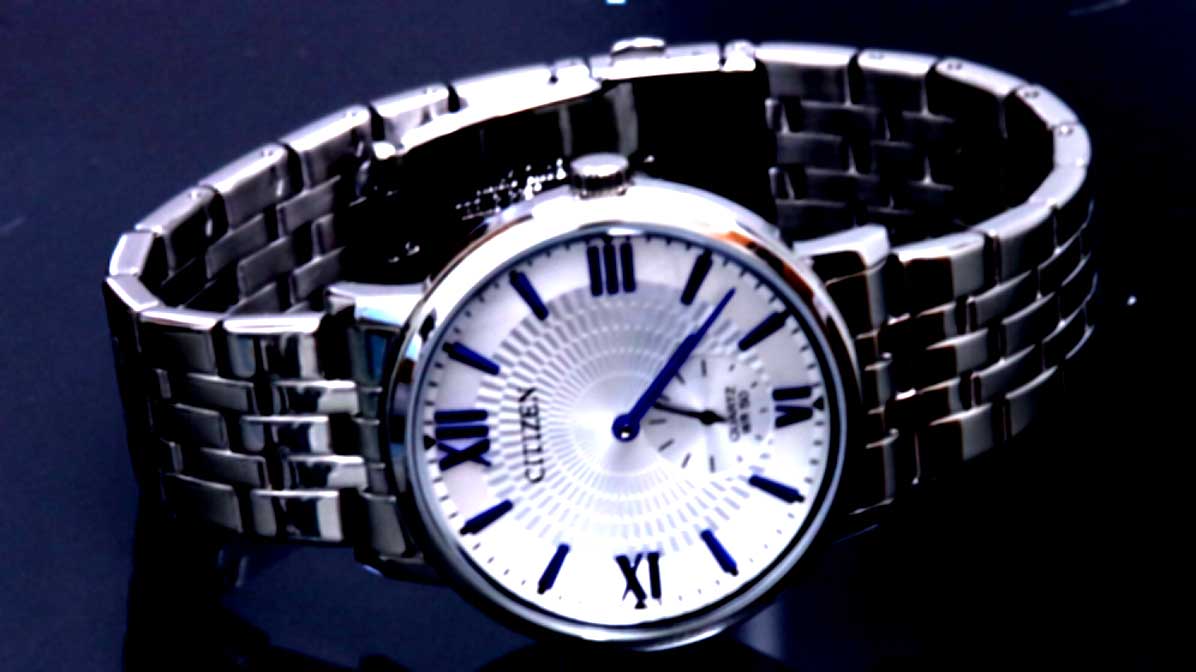 The Citizen repertory is pretty strange if you look at it closely. While their biggest competitor Seiko is well-known for their vast range showcasing the most sophisticated and extreme of their creations, Seiko appears a tad less smart in their use of technologies the way Citizen does. This is something we all know about more or less. It’s not easy to take someone’s concept and better it to the extent that you end up giving competition to its inventor. Citizen Watches did that. The Eco-Drive was built after Seiko found out watches can feed on Sunlight.

Eco-Drive: Is it a viable choice?

For everyday use, the Citizen Eco-drive watches are a boon and a liability at the same time. Spending less than an hour outdoor every day might drain its ESU in the long run. An easy way out of it is switching on your cellular phone’s flashlight and lighting up the watch face for 5 minutes every night before you go to sleep. It also charges the lume up for a bright glow for the first 30 minutes, which gradually fades into pallor over the next few hours. By daybreak, expect the glow to be almost gone.

Citizen took steps to lessen the loads further by adding power-reserve features to their watches. These include indicators and sleep-mode; one lets you know when power is low and the other to save you power when the watch is not in use.

So, Eco-Drives aren’t that bad a choice either. The company charges the watches more or less to keep them ticking in complete darkness for about a month. Once you take it out of the box, it becomes your responsibility to fill up the ESU. Take it as the liability of ownership – like oil changing for your car; only that the liability is far short-lived. 5 minutes of bright, cold artificial light every night will put in enough charge, more than it can use through the next day.

The 5 Citizen Eco-Drive watches under discussion

Brief introductions to subtle designs without the bling

The probable answer to why people are still – to quite an extent – crazy about the Promaster Nighthawk is, it is a smarter choice than many mass-market quartz offering; not just within its category but also outside it. Be it in terms of affordability, functionality or value, the Citizen Nighthawk becomes a tempting piece rich in useful features, which mark it as a unique, modern choice with eye-catching aesthetics. The build, the lume and the solar-power mechanism; honestly speaking, would justify a higher price, but the Nighthawk is happy just being your travel/office wear that keeps things interesting and different for less.

Unlike other Nighthawk models, this one lacks the slide rule bezel, which makes it far more acceptable socially.  It results in a less dense dial, turning the watch less intimidating. 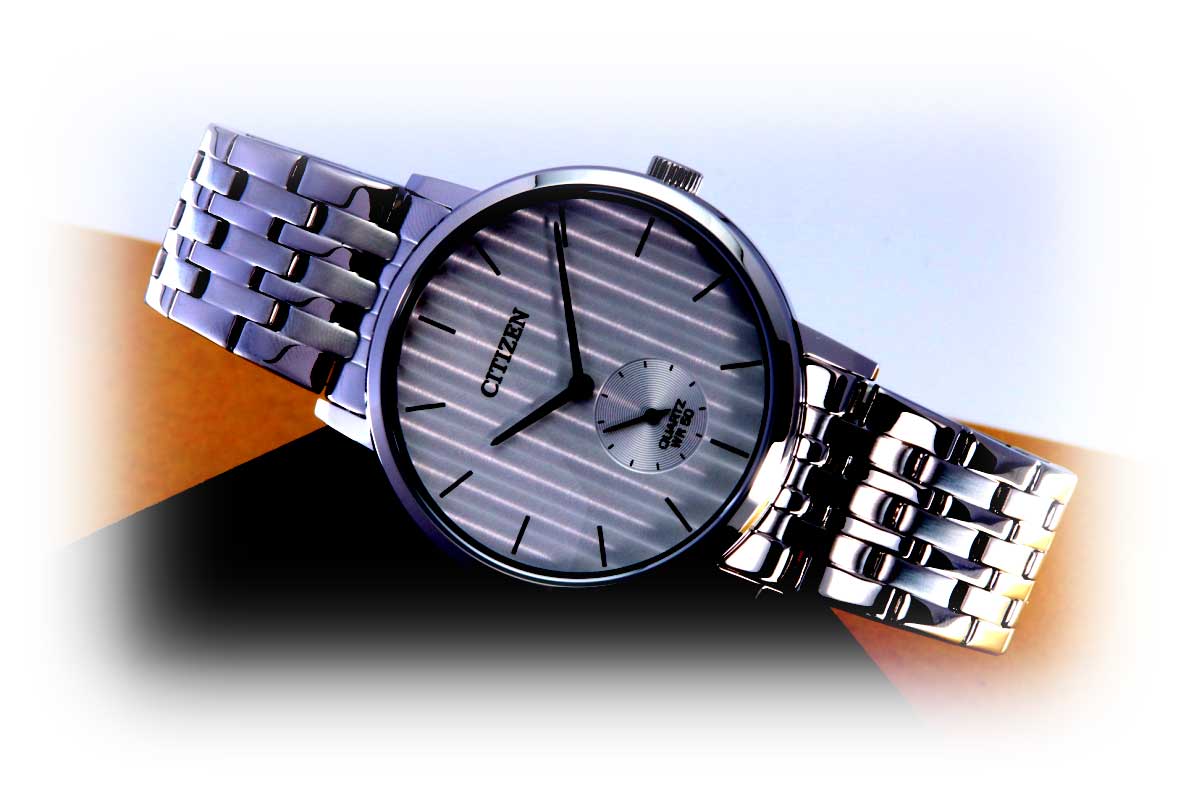 reliable timekeeping only that it doesn’t look like one. There is a Roman-numeral versionto it also. Both exhibit unostentatious, profound and commanding aesthetics and make for men’s essential dressing elements with business and ceremonial attires. The unique vertical patterns of the dial depict the curtain hiding a stage behind it. Their high precision quartz movement is extremely reliable and sturdy, ensuring accurate timekeeping effortlessly over the years.

for precision engineering to achieve flawless detection of time and other unique time-related calculations is the hallmark of Promaster other than its functionality in the real world. A reliable piece under stressful, demanding conditions, Promaster serves for every extreme sport and every kind of adventure; on Land, in the Sky or under the Sea. Professional and enthusiasts alike, the Promaster has reasons to gather devoted followers from Europe; especially Italy. It is one of the most refined Promasters Citizen has ever come up with.

The RC technology allows quick syncing of the closest atomic clock and your Promaster once a day, which lets the watch adjust itself automatically to the current time, day, and date. It is also what keeps the perpetual calendar and World Time (26 time zones) running.

The analog slide rule operated by the crown placed at eight and a 200m water resistance makes it a quintessential sports watch fitting multiple roles. There’s plenty of lume and the steel also now gleams in darkness brighter.

4. Citizen Eco-drive RacingChronograph: This watch has an extremely straightforward 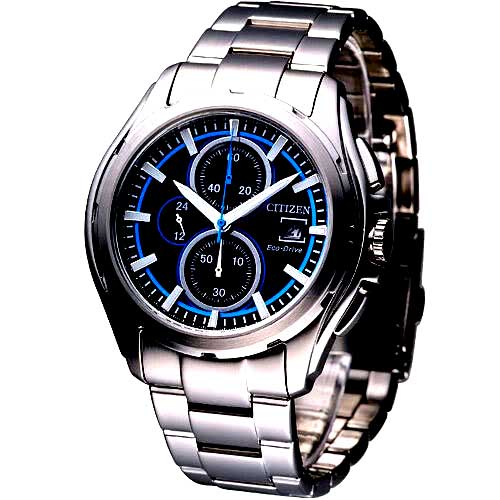 design and extremely easy operations. The sub-dials are substantially large and hence, they are not just instantly readable but also impart the dial a very balanced appearance. The watch case is a solid chunk of steel; precision-machined to add to the visual pleasures and further enhanced by its integrated bracelet.  Once fully charged, it’s ready to run for 210 days without further charging. 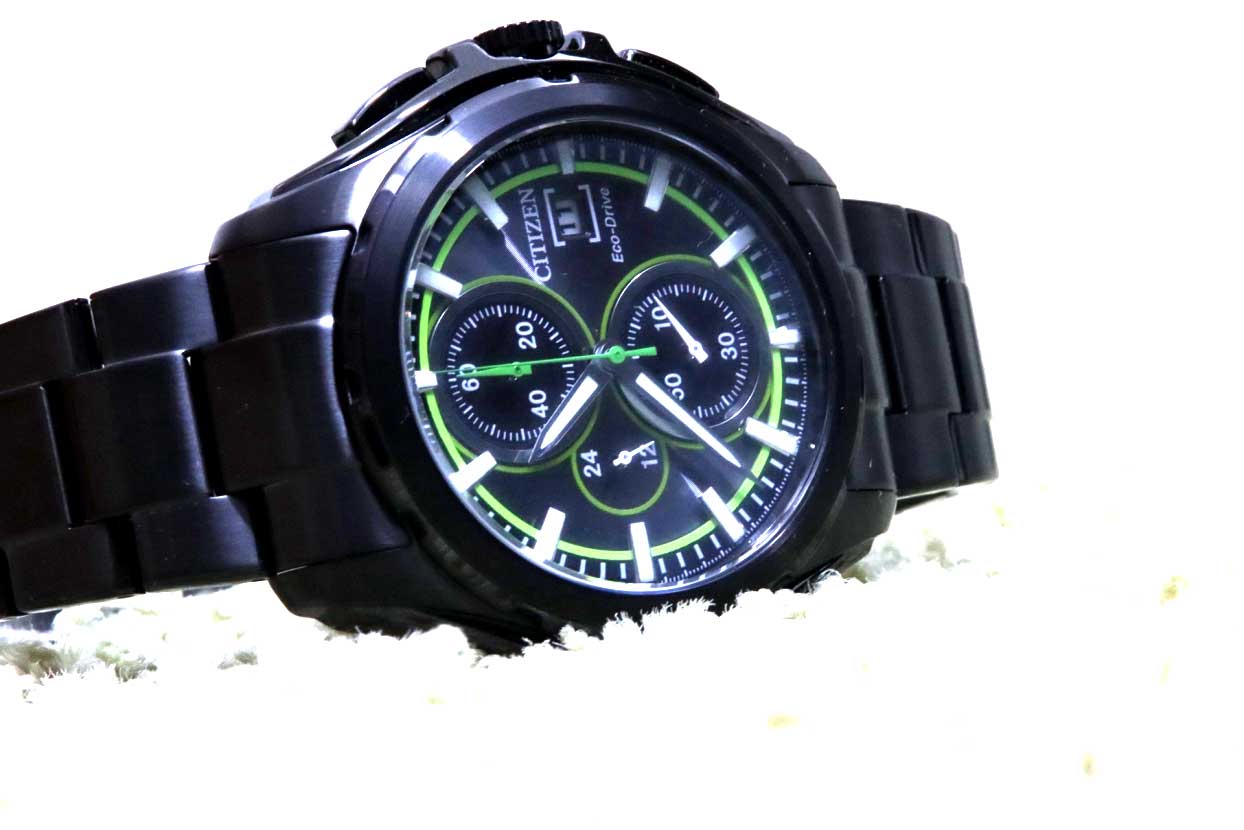 Sports chrono from Citizen exhibits itself with an élan that sits well with a modern, active lifestyle. It is solidly made and impeccably finished, focusing upon purposefulness and visual pleasures equally. This all-black version of the ‘Racing’ chrono has 1/5 second advancements and 60-minutes total timing and a water resistant up to 10 BAR, which is the same with its Racing Additionally, the seven months power storage frees you from any worry related to power rundown. In case it needs feeding, the insufficient charge warning will alert you about it and the overcharge prevention function will take care that the circuits don’t get burnt.

The three Eco-Drive and two quartz models from Citizen are a much different take on the usual testosterone-laden collection of watches from the brand we get to see everywhere. It proves that Citizen never stops experimenting with its Eco-Drive platform, always trying to establish newer frontiers within simplistic formats.

That’s where Citizen steals the show. And also the hearts of the countless watch lovers all over the world!

Keep dropping in to leave your replies below. State which Citizen watch you’d like to go for and why?

Chronotales is currently among the Top 30 Watch Blogs rated by Feedspot.