Citizen knows to get serious about people with soft corners for adventurous whimsicality. So they made the PROMASTER brand capture every imagination from sports professionals, all over the world. If it was possible, they would, by now, put everything into a single watch and send it our way but Citizen, again, is a watch company and doesn’t make dinner plates. But so far, they have been thoughtful about picking and putting those features and functions in carefully-packed combos, creating some of the most highly functional sports pieces highly acclaimed around the world. This time, it’s the atomic/radio-controlled PROMASTER SKY series. There’s another series that’s unleashed parallelly – the PROMASTER MARINE! We’ll however, talk about them some other time. For now, the SKY is the limit. 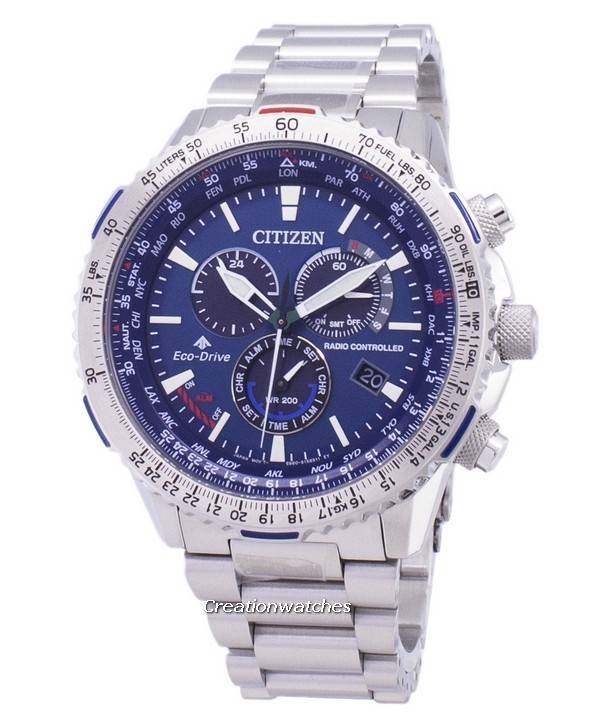 One thing, though! Our prime emphasis remains on the new models – the Citizen Promaster Sky Eco-Drive Radio Controlled 200M men’s watches. We might digress a bit towards the Citizen Promaster Sky Pilot Titanium and maybe, the Citizen Promaster Skyhawk A-T but no further. These five are enough to make you GO BEYOND with the PROMASTER core values of an outstanding functionality, durability and safety under the most extreme conditions. They are packed with some very advanced technologies and designed to be max user-friendly. You will get a lot of use out of these.

The new series gets a newly developed Eco-Drive radio-controlled movement -the Cal. E660, capable of receiving signals from radio stations at Japan, USA, China and Europe. It makes them spot-on accurate both in the time and date departments, the latter till February 28, 2100.

Cut out the signal part and the Cal. E660 will fluctuate around 15 seconds (on both sides) a month. Total run time (with functions engaged frequently) in complete darkness after a full charge is 10 months; with power saving facilities, it can be extended up to an additional 26 months. The chronograph counts in a 1/1 second increment for 60 minutes; there’s an alarm, an insufficient charge indicator, overcharging prevention and World Time for 24 cities. 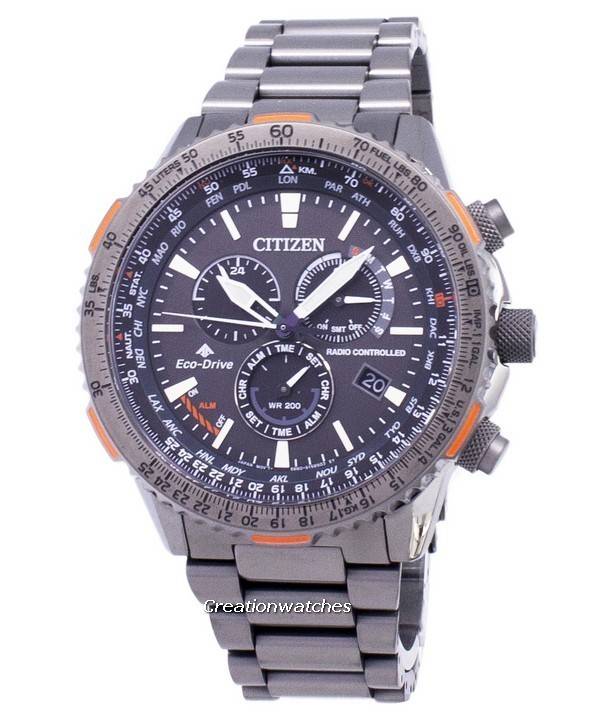 What’s more noticeable is an aviator slide rule on the turning bezel. It is a handy tool for professionals dealing in time and distance. The big indices and broad sword–hands help by offering an enhanced visibility.

Since most related to the field of aviation and speed also tend to be gadget lovers, the prospects for the Atomic Promaster SKY is looking good. Only thing that kept many of them away was the price. ‘Was’, for it’s no more! They are now slashed to ludicrously low figures, which make you lust after them even more. Put any of these watches on; you’ll feel like wearing something that would easily cost few many times its real price.