This is something similar to what once I came across in a gun forum. The questioner sought advice from other members about two particular brands of handguns; about which one would make a better personal defense tool – a Walther PPK or a M1911A1 – both in .38 cal. The real knowledgeable forum members down-voted both and recommended something else (as far as I remember, it was a Makarov) but here, when we are talking about watches (Edifice and Enticer), I would rather say – “Both!” The only way to discriminate between the two here is what mood you are actually in. Edifice’s premium status compared to the Enticer series or that the latter is bit sturdier than the former are something I’d like to overlook; at least, for now. What I’d rather like to emphasize is both are great values for money and not that Enticer makes for a great everyday watch or an Edifice is not. Terms like everyday and purpose-driven are just relative; even the simplest of watches got a purpose and that is to tell the time! What we should say instead is one watch serves more purposes (or less) if compared to the other. And that one with lesser numbers of purposes doesn’t necessarily make a bad watch. Rather, it is to be considered if a watch serves the purpose well it is built for. Both Edifice and Enticer – in this aspect – play their parts well. 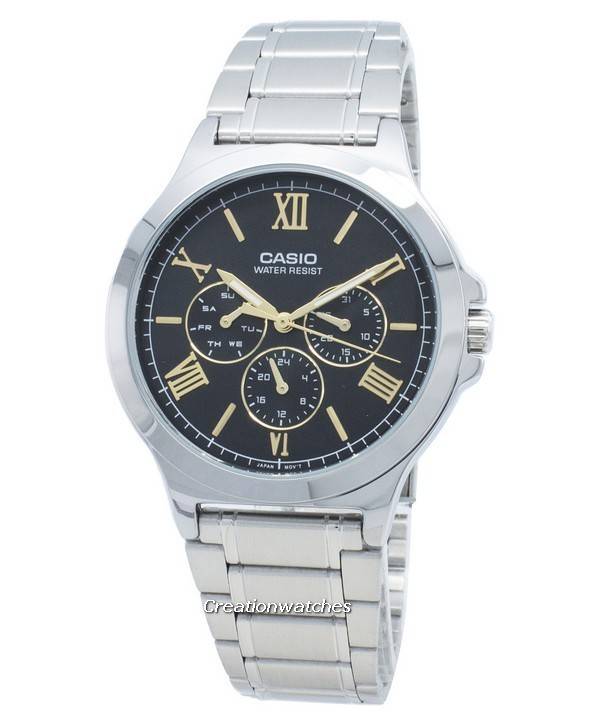 A mistake most of us commit is comparing two different watches just because of their brand names. You can’t possibly equate the Casio Edifice day/date with a     Casio Enticer day/date just because both got stopwatch functions built into them. The former one has an advanced day/date mechanism while the latter is quite basic; but the rudimentary purposes they were built for are same. They tell and split time with equal élan and if you are not contending for functions and features competition, you don’t need the former. As for your inclination for advanced complexity; well, that’s personal choice and Gonzo doesn’t have any right to tell you which one out of the two you should buy. But he can certainly recommend you both if multifunction-s are your obsession; the Enticer for use with semi-formal attire and the Edifice for times when you are going strictly formal. As for the job of telling time, both do it quite well.

However, in matters of build quality and features, Edifice models are better. That’s because they have been designed keeping the outdoors in mind while the Enticer is meant for elegant settings. Now you decide what surrounding allures you more and pick one according to that.