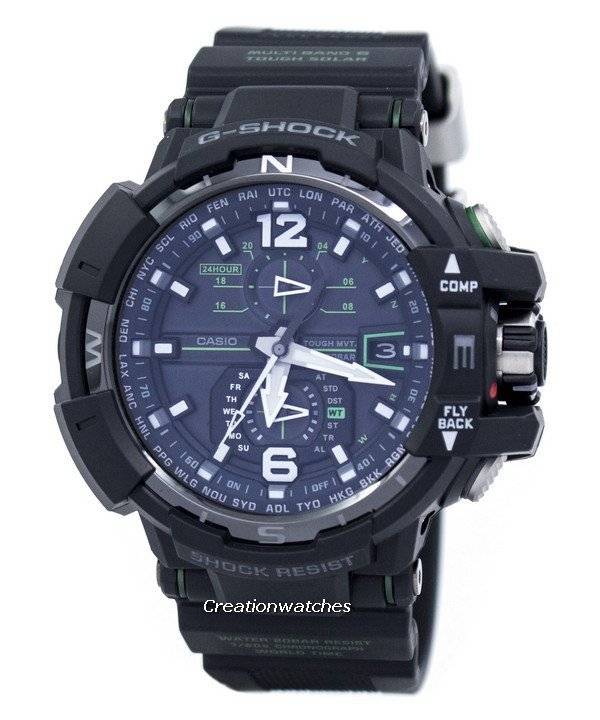 I’m open to foods and watches alike. I know what I want in them both. I have hots for the snitzel as much as the rare, slow-done veal (or lamb) in a rich mix of spices, herbs and sauces with great care and effort; similarly, when it comes to the piece on the carpus (fear not; cars never give out pus. Your clothes will not be spoilt), it’s not that I always try to get more meat out of it. But with G-Shock Aviations, one can’t help. It’s bad if there’s not a rock-of-a-watch in a watch collection made from something other than steel; besides, pro-s in the rough-yard might just find them useful.I was quite stunned on day one; day two I decided I want one. No, make that two. One simple and another complex.

Now, there are special margins to be considered. It’s a-v-i-a-t-i-o-n so don’t expect just a GMT and/or a rotating bezel with an altimeter-like look; here things are a bit more complicated. Let’s start with the name and its coding.

G is from G-Shock; A for aviation, consecutive numbers(1000, 1100,1400 etc.) denote the series and then, the model number. It’s deductive logic. The common features are large numerals and thick hands to facilitate easy reading. Also, the glowing lume.But those with a preference for the chunkier types shall find the 1100-s better. A personal favorite is the  Sky Cockpit 3G; why it’s so is well-explained by a co-worker .

The 1000 are the first to be equipped with the Twin-Sensor focusing on the modern aviator’s needs. There’s a digital Compass Mode (with bearing memory) and it gives temperature readings. The UV-Lume makes it quite a show in the dark.

But if it really benefits anyone, it’s them with weak vision. It is superior than tritium-glow and is easier to read in the dark. Dirty, dusty and sandy work hardly occurs under the chandelier.

The Smart Access is another feature that glorifies the entire G-Aviation lineup; its electronic crown operations (one pull for one function) lets you change between all the modes. Change city setting, switch between home-time and present city you are in, access UTC (Universal Time, Coordinated) – it all runs on independent motors, separately. This waives of the waiting time a multitasking motor would take, so all your readings come in an instant!

It’s a specialty of the higher-end Aviations that run on light power and keeps time with aid from the MB6 Atomic Timekeeping technology.

But, everything can’t be good about something, so here are the flaws – if you want to call them flaws. Actually, it’s one flaw, which is: Some of them look almost similar, for example: the GW-A1100-1AJF and the GW-A1100FC-1AJF. But Casio never runs short of variety; once it comes out from its occassional creative limbos, it’s a riot!