This year, 2014, saw yet another Casio release. Calling it known names (technologically interesting etc.) shall not be enough. The G-Shock GPW1000 watches are made to sync with atomic clocks and GPS satellites alike, erasing the chances of wrong calibrations unless you screw it up badly. Fear not, G-Shocks don’t give it up that easy; besids, this time Casio fortifies further its feat. The G-Sh 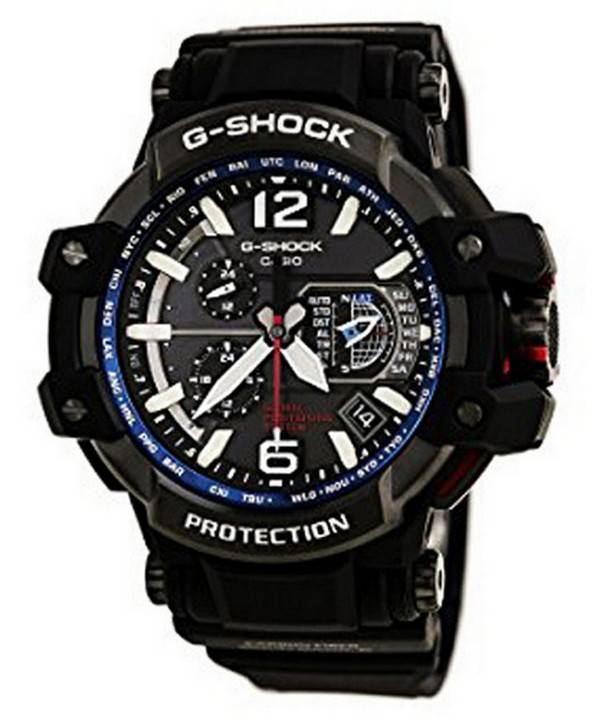 ock Hybrid Atomic unites two different schools of worshippers of accuracy, who are also much demanding by nature.

The privilege GPS-time adjustment enjoys is it’s functional anywhere on earth (Space?), not like atomic signals that still haven’t reached some distant corners of this world. Those within the atomic signal range now get the best of both – now you got two options to choose from.

So what’s the new technology in the GPW 1000? Did the Sony colaboration bring Casio accolades for the miniature low-power consumption system? That was essential to develop for two functions share from a single resource. Though the 6-band atomic signal receiver eats less, the GPS doesn’t. That’s because the GPS signals update not just the time, but also tells you your present time-zone. This takes the G-Shock curve higher on its purely analog side. This is also one of the few cases where Casio pulled in three different colors upon the typical, black resin case.

I won’t bore you with technical data apart from that the solar cell and motors faced a straight 26% reduction in size; for more, there’s Casio’s official website and dedicated sections within it. I started since I wanted to discuss the dial. In my eyes, it’s newer and more stylish than other G-Shocks that don’t fit-in an LCD. The dial allows light to pass through and charge the battery inside, without giving you even a hint of it.

To say the least, the dial is very much user-friendly. It shows two time-zones at a single glance, denotes if its AM or PM indicator, tells you the day and the date and also shows the time at a certain time-zone upon demand. The timer and the alarm are discreet but here comes the slam: the GPS system indicates the hemisphere (Northern or Southern) you are in.

The Casio G-Shock GPW-1000 does not only combine different useful functions, but it does so very efficiently. Its limited (although few months long) ability to store power needed a lean burn movement despite complicated functions is a great benefit to everybody who don’t get much Sun.

And to correct a small mistake many of you make: GPS is short for Global Positioning System, nor satellite; neither signal. It’s the system that runs the satellite and emits signals and the terms are not interchangeable.