Q. Gonzo my man! I have witnessed a few more Springs than you have, so bear no grudge to my endearing greet. That’s to say, I’m elder than you are. I sure am. I can bet you are not even five decades old. I’ve seen those many and another and a half. Though mainsprings and hairsprings and all other sorts of springs I’ve witnessed less. That’s what brings me here.

I come to the point straight. My grandson loves the few (I’m also sure you are going to snarl at me the moment you see a couple of them) I got and now wants one of his own. He’s hardly 14. I want – but I don’t impose – him to start his watch collecting journey with something very simple; so simple that nothing can possibly go wrong with it. The Seiko 5 mechanicals are what I’d really like to get him. But it’s the quartz that speaks to him. Anything you think in strong metal, simple styled; with the robustness of a land and water sports watch? I’m torn between a few; but more than that, I’m seeking some gonzo delights. Your recommendation holds. 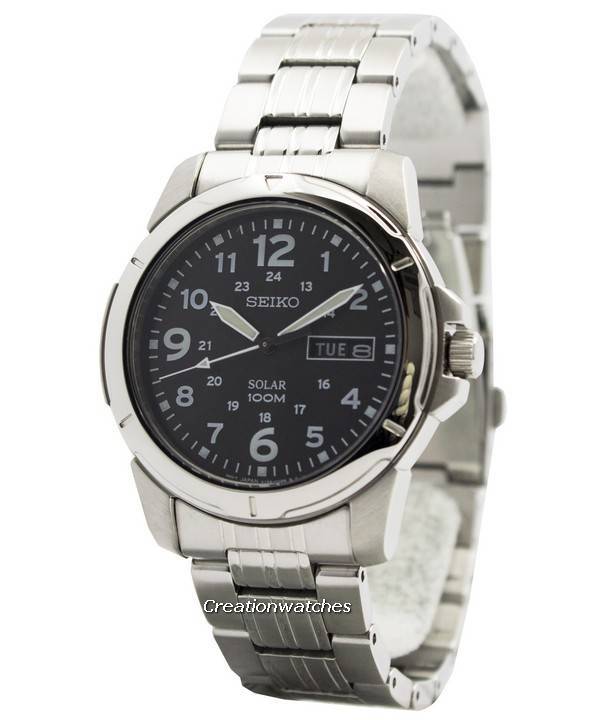 A:    Feel free, it’s alright. The real classic of the few – as you’ve rightly observed – is soon going to depart from your Jumbo and considering his activities, nothing could be a worse destination. No, not even when you are out together on a pleasure-stroll.

Get him a jumbo instead, of a sheer size and mass. There are quite a few models of interest. I happen to like Seiko Solar quartzes and I’m sure you are going to like this Seiko Solar Powered watch a lot. This thing is atypical for the family, though not precious metal. This is for the big man, not Jumbo. I’m sure you are going to appreciate. It’s a very different creature; handsomely underscored.

As for Jumbo, try the Seiko Premier Solar; if you are going to get him a Seiko, that is. Don’t listen to him if he asks for all three at once. Stick to the rules. They will be lesser scratch-magnets in the hands of a sportive kid. The leather bands hold well but not exactly meant for soccer grounds.

Neither the steel! That might hurt someone like hell; so change the straps. It’s not the darkest nightmares changing straps; choose tough, synthetic material inert to water, oil, sludge and the rest of the obnoxious elements. These watches will need to be serviced maybe once in your lifetime since battery changes are not a requirement. You can always get it polished if scratches appear bit stark. It doesn’t cost much.

The real danger of buying a teen any so-called classic watch is a classical mistake. They end up finding it boring. Get something bit more idiosyncratic. Exciting! Classicism with a bit more twist!