The watches we will be focusing upon today are chronographs all right, but they are mechanical chronographs. That however, comes later; first, about the brand and it’s not Swiss. 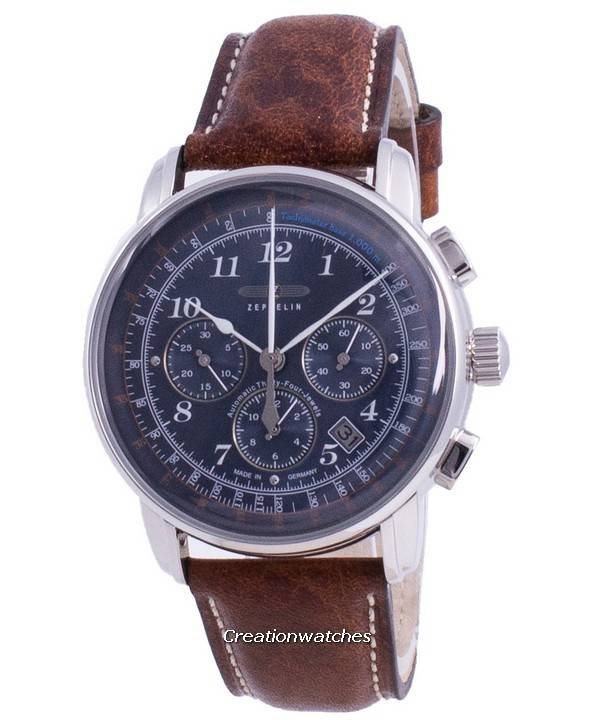 Zeppelin watches are Germans but the parent company, PointTec made watches primarily in France. The Zeppelin brand was introduced in 2002. Their striking designs and styles gave rise to some very powerful and daring creations till date, driving forward their production of mechanical chronograph movements and sparking a strong revival in the mechanical, automatic chronograph world, one of which we will be talking about soon.

The first impression for the Zeppelin LZ126 Los Angeles Chronograph Automatic watches is just – “WoW!” Their vintage styling is amazing to look at; they are well-made and finished; with crisp prints and etches and a decent weight. The materials they use are 316L stainless steel, the machine work upon which is exceptional! Or let’s say – As German craftsmanship should be! The glass is a domed, Sapphire-coated K1 crystal.

The finish is high-polished on the case while on the back, it’s a circular, brushed finishing. The lugs got very nice stepped edges, making the watch look smaller than what might have got a lot of people afraid of wearing.  It’s the way the lugs are bent makes the watch look so.

The controls are pretty big. The push/pull crown actions are pretty smooth. It is also very easy to grip. You’ll set the time and date with it. The 2 and 4 o’clock pushers are what you use to start and stop the chronograph function. The rectangular shape of the pushers brings a far more solid look compared to the pump- and button-pushers. The case back is solid, but a snapback; not the screw-in type. The case has specs written (engraved) over it and also its make.

The real deal, however; is the Zeppelin LZ126 Los Angeles Chronograph’s automatic movement. It is a solid and affordable, column-wheel and vertical clutch alternative that defies the long-held belief of – “Only the Swiss builds those best!” The SII NE88 is designed to be a suitable ETA7750 alternative in aspects of size, function and cost.

The NE88 got a few standout features, first of which is a triple-tipped hammer – a classic Seiko feature! It sets all the sub-dial counters – simultaneously and instantly – back to zero in a very clean way; just like in the Seiko 8R28, which is a higher-end, triple-vertical clutch, column-wheel chronograph movement used in the Ananta and some of the Velatura models. 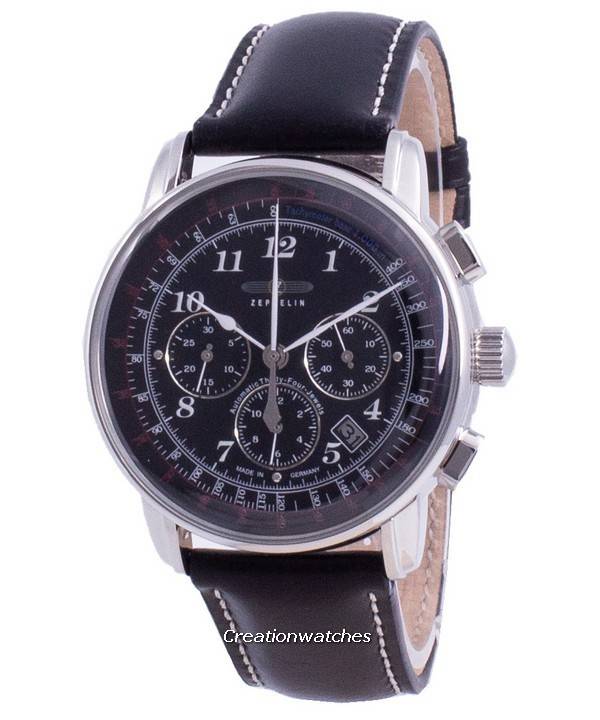 Its activation mechanism is the column wheel – a highly coveted mechanism offering a much smoother tactile feel compared to the abrupt click of a horizontal cam lever arrangement. It’s the vertical clutch that does the trick.

Personally, I prefer the blue dialed one. A very nice Friday and weekend-nights choice. The black and white would suit office goers more; even for corporate events.

Following are the links to a few of the Zeppelin LZ126 Los Angeles Chronograph automatic watches. Click to see and buy them.