Style and functionality packed into one piece, Seiko proved it once again! High-grade stainless steel guards its soul – the Seiko Solar movement. A piece of definitive craftsmanship on display, fusing fashion to practical sense! The surrounding shrouds resemble that of the Tunas’ (or, Tuna Can; the first titanium divers’ from 1975.

The ‘Prospex Street’-s are high-spec divers’ watches that can go beyond professional scuba-diving limits. It shuns the traditional mechanical and quartz movements and opts for high-tech solar powered Caliber: VK157 – or simply, V157 – quartz movement, reflecting Seiko’s legendary toughness and practicality as much as the watches themselves.

Despite countless reincarnations of the Tuna – including the Baby Tunas – the new, 2020 Seiko Prospex Street turns out to be something very different! Firstly, it’s the new colorway; next the accordion straps and then, the metallic tones underneath the edges of the bezel. These three are the unique differences you’ll notice right away; also, a crown tube wearing a metallic band of same color as under the bezel. The seconds-hand is of the same color, which stands out very well against the deep black dial. 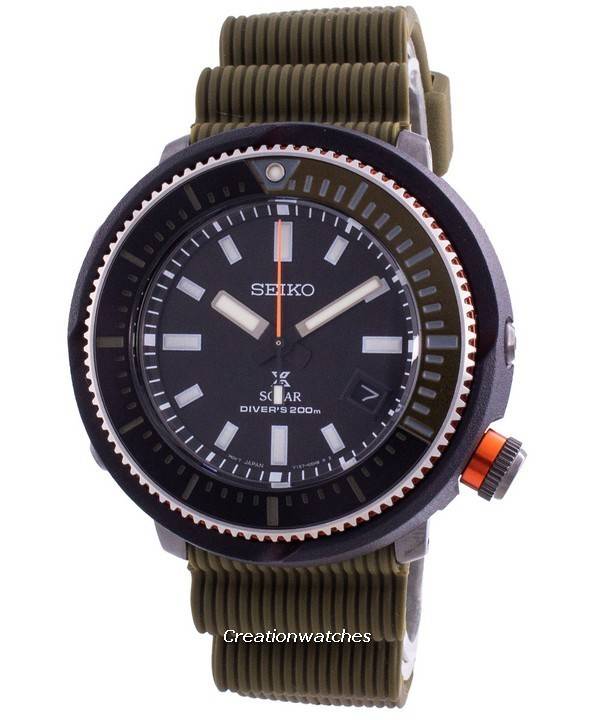 Introduced as Seiko USA online exclusive watches, the Seiko Street Series Solar Diver series are sporty choices carrying the classic Tuna Can DNA, with a modern edge that doesn’t make it miss out on its tool roots. In Seiko’s own words: “Inspired by the rugged qualities of the iconic Seiko diver’s watch and designed for the urban adventurer.” Unlike its mechanical predecessor, the new Street once fully charged (9 to 10 hours of sunlight; not directly under the Sun, though), it will run on its own for 300 days at a stretch; maybe for a few days more.  Under bright, fluorescent light, the same would take around 120 hours. Best, keep it on your windowsill (6AM to 4PM) any standard sunny day. Under direct Sunlight, the dial might shrivel up, distort and in extreme cases, might push the hands off. The heat will also push the accuracy beyond the +15 seconds threshold per month, under normal operating temperatures. 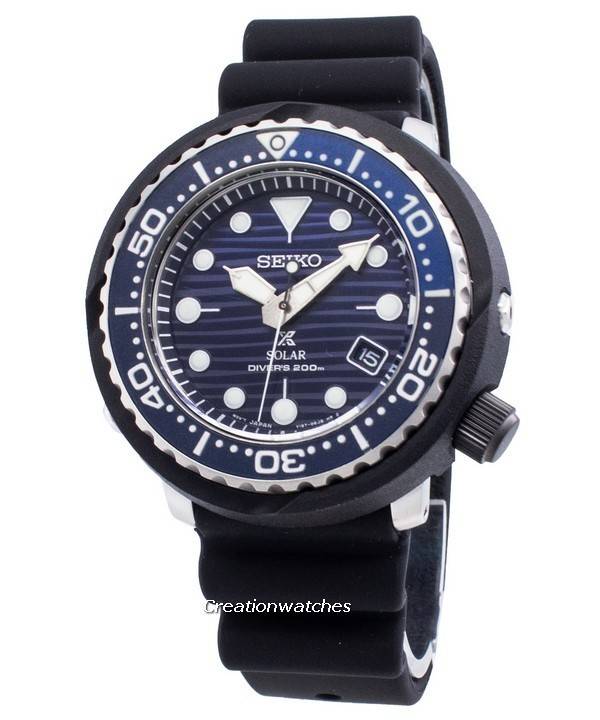 Apparently aimed for the hyper street-wear loving crowd, it wouldn’t matter if Seiko would have been any less obvious with the name! But oh, it will survive any tsunami and will hold its own at the sea. Even if you take it down to great depths!

Following are the links to a few of the Seiko Street Series Solar Diver watches. Click to see and buy them.