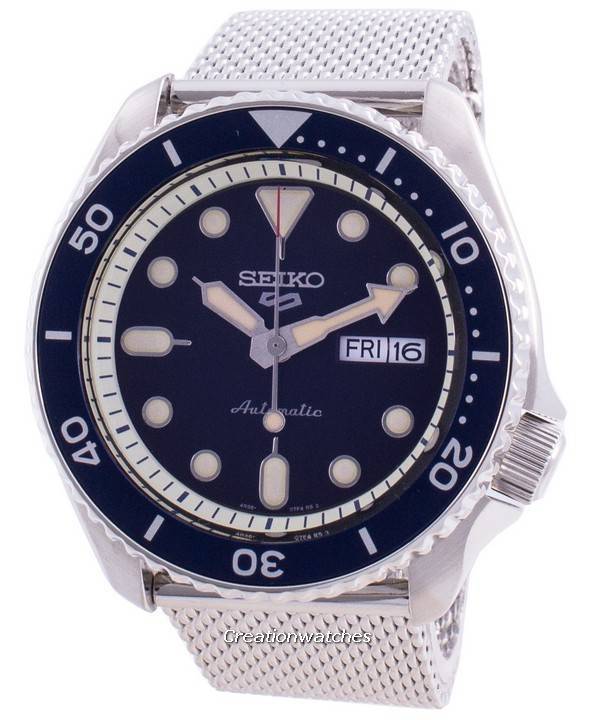 Seiko 5: A name now trusted more than ever

With the name of Seiko 5 suddenly springing up amidst a discussion (not necessarily it’s about watches only) brings to the mind something restrained and simplistic; something that’s less of a show-off and more of a workhorse – a reliable companion – in multiple styles and designs for the less-sedentary people. Even couch-potatoes love them for their zero-trouble nature; another reason being you put zero effort after putting it on or for taking it off. You may wear them 24/7 and still not get sore about it. At the most, you’d have to wind it every alternate day.

Seiko 5: Not just a sea of Divers

They are vastly different (means, v-a-s-t-l-y better) than the lot with nothing more than dial text/layout with its elements/components primarily justifying the reason behind adding the Sport tag. Depending solely upon the graphics or external elements that put up a show but do not function is – at best – Dorky! Letters splashed across the face like a soccer ball isn’t something you’ll call decent, serious Sport and certainly not MILITARY; even with minute, unnecessary marks and texts covering almost an entire dial.

The number of great many 5’s is something almost uncountable; some of their styles oftentimes overlapping divers and pilots, stretching over to dress and Explorers and occasionally, to plain funky designs. All are more-or-less entry level autos with slightly higher finish levels and a bunch of extra features (map rings, screw-in crowns); sometimes even with the bigger, dressy ones. Some even got a vintage feel, letting you extend and express your stylistic preferences beyond the pre-established concepts. The Seiko 5 Sports are incredibly reliable; laden and layered with Seiko’s proprietary technologies and masterful, traditional Japanese aesthetics; pushing the limits of precision aesthetics and performance with its inherently distinctive style. 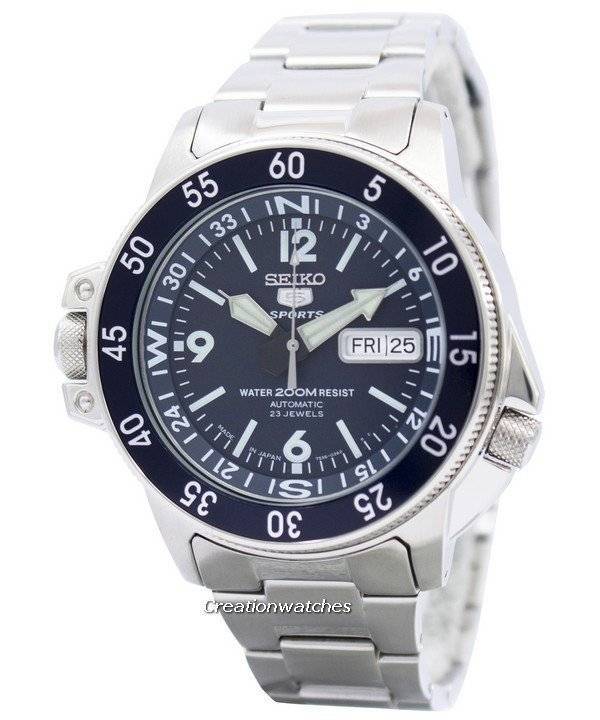 The reissue makes a mark

There’s a new slew of Seiko 5 Sports that has pushed the previous lineup’s legacy even higher! The September 2019 rebranding project saw young associates gather from several departments of Seiko. They were from product planning, manufacturing, advertising and sales. This time, their target demographic was the millennials (20s to late 30s) rather than the highly active people or regular office-goers. The new Seiko 5 can highly be entrenched as items that express moods and personalities alike under different situations according to the demands of the changing times.

The new Seiko 5 embraces and inherits from the BOY (SKX series), which itself has a long history and an aura to show, Seiko admits openly that they have just added some modern values to an old concept and made the brand meet the needs for the young; what they hid is that the new Seiko 5 are mechanical watches come with individualities that correspond to that of their wearers’. It didn’t take long for the truth to surface. It was a widespread experience shared by many. The Internet still rings with praises for the SKX!

The new Seiko 5 breaks free from restrictions while maintaining – rather, enhancing the intrepid design they are treasured for; the new batch created (and keeps on creating) a new personality for the Seiko 5 we have known so far. Now it follows more stringent company standards and has to pass enormous inspection criteria. The new Seiko 5 thus continues to change in accordance to the various stylistic demands of the modern times. While it still shows respect to the former 5 emblem, now it can also be perceived as both a 5 and an S; the initial characters of Sports and Style. It’s another individualistic trait of the new Seiko 5.

That much said; don’t mix up between the Seiko Prospex Automatic Alpinist Field Compass and a Suits Style new Seiko 5. Or, in that case, with any Seiko 5; though both are pretty near. Both are re-issues; both built incredibly tough and always to be functional at their peaks. This new Prospex family member is a bit more simple but equally robust as its adventure-driven predecessor – giving the new Seiko 5 a tough competition – and that’s visually, too! Its more tool-watch type approach is the next step you take from the new Seiko 5.

We’ve explained why Seiko 5 are best budget watches. Click on the links below to see and buy.