“These are admittedly turning rare and the scarcity of new ones to blame. Orient’s initiative towards the problem revealed an interesting one.”

None other from Japan’s very own Orient, this automatic/hand-wind pocket watch is something unexpected out of the lot. It has a power-reserve indicator that come out as quite a bit of visual candy. This one is not for the usual watch-wearer’s market. I’d put it aside for very special, social events with old-fashioned merrymaking and feasts. Its appeal is something even real collectors might find impossible to deny. It has a romance of its own; not just the usual feel pocket watches generally bring. It has the aura of being something from another era. Time-telling was a classy occasion then for not everyone back 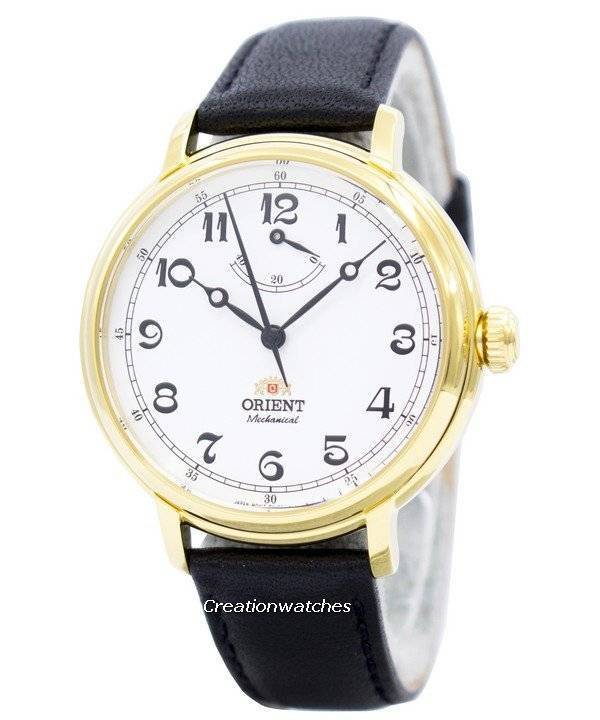 then could afford a watch. Owning a watch meant something.

Today, owning a pocket watch is something. Owning a fine quality pocket watch is a BIG something! But only to them who might want one. Insides, it is equivalent to the Monarch; both encasing the Caliber: 48C40 mechanical movement. It’s the very first manually wound movement made by Orient, so there it scores a point!

The case is a nicely polished, hefty steel piece that impresses with its rounded-along-the-edges built. It feels solid; machine engraved steel at its one of bests! The various textured areas on the dial (crafted the same way as the case) and Breguet-style, blued-steel hands contrast brightly to make you not miss even a tick of the seconds! The sapphire crystal offers a clear view, restricting nothing. That applies to the one at the back too. Together with the case, they can hold up to 30 meters (or, 90 feet) deep under water. 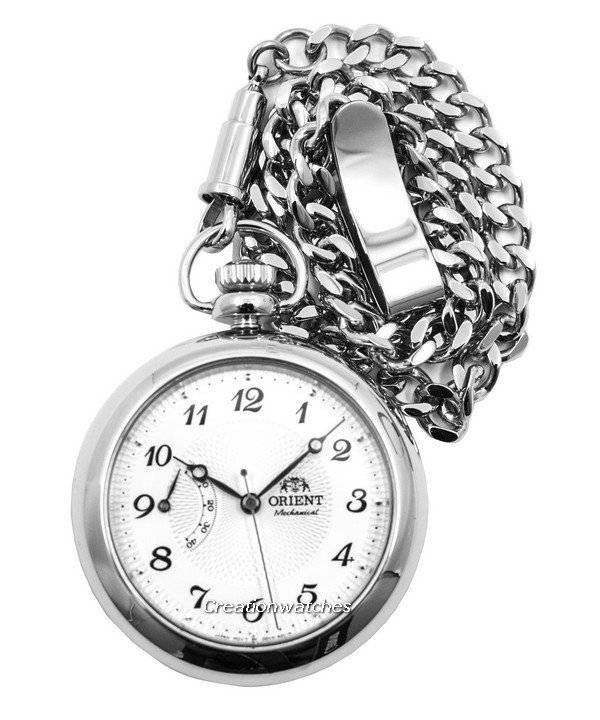 Currently, it clocks at 40 hours of power reserve (indicator for how much of that is left is on the dial; well-positioned) and 21,600 bhp (escapement oscillations per hour); features hack-seconds (allowing time to be set with optimum accuracy), Perlage polishing and a tough, tough built. Its operations feel smooth, including winding. The top-mounted crown and chain are added gaze-pullers due to their traditional appeal. The sapphire case-back window offers a full view of the movement inside and that’s another reason to go for this watch!