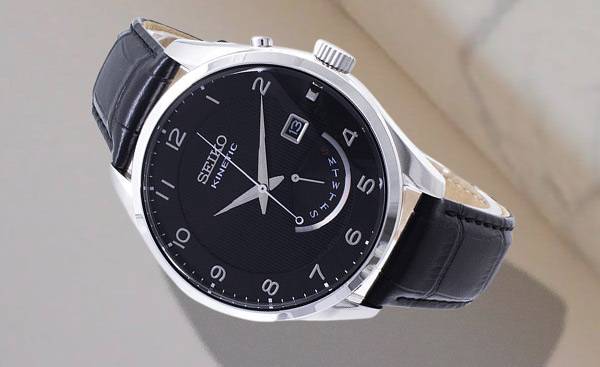 A lot of people are clueless about the phenomenon we watch lovers usually call the mecha-quartz. Drop the name Kinetic and behold! There are so many! However, there are many more who take the Kinetic as some sort of a joke rather than a revolutionary piece of marvel. That’s half-baked knowledge at best. That mechanical automatic trait is misunderstood and misinterpreted more than often or it’s a sheer fear of the unknown that prohibits this conceptually and practically fantastic range of watches from adorning each and every wrist. Experiencing finery requires getting rid of inhibition. In this case, it’s about an amalgamation of mechanical winding and electronic functions.

Somehow, the idea didn’t go down too well with some. Through those it went found something charmingly appropriate as transitory pieces before going completely mechanical.

Understanding the platform of Kinetic Watches

Kinetic is a platform like mechanical and quartz. The entire suite of Kinetic movements is based on this platform and every upgrade brought unique features along. Today’s Kinetic is far more advanced than the prototype they unveiled at 1986 BaselWorld. It was called AGM. It converted kinetic energy into electrical energy, precisely what today’s Kinetic does.

A little more than 30 years later, Kinetic is more environment-friendly, more on performance and longer-lasting. Over the past ten years, the number of Kinetic owners has crossed the eight millionth marking.

Kinetic watches are not automatic watches; neither delicate

The relatively unfamiliar nature of the Kinetic technology uses rechargeable capacitors that require a recalibration (recommended) every ten years. They power the quartz movements, which are clusters of coils and quartz oscillators like the rest; only done way better. The way they get charged is that of like a mainspring. Some of their chronographs are mechanically actuated and controlled though powered electronically.

The Seiko Kinetic watches are low-maintenance timepieces. They save you money on batteries. That means – the factory seal is never broken. At least until you deliberately throw them under the wheels of some oversized Juggernaut. Or, you somehow manage to bust the battery. Its power source is your daily running around that turns the rotor – an oscillating weight – inside. It’s a worry-free, quartzomatic – or, mecha-quartz timepiece.

More candy for your buck

Plain, analog ones aside, there are pieces that will stun you with the little, sweet tricks up their sleeve.

Separate analog day display: There are no cutouts here. There’s a hand that points to the initial of the day. 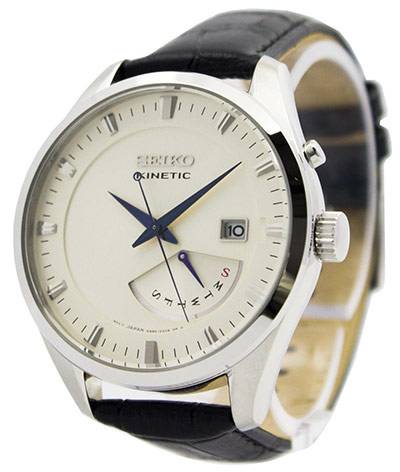 Perpetual calendar: The calendar mechanism is classic mechanical. Set to run until February 28, 2100, without human intervention. A trait mostly among the Premier, Sportura and Velatura ranges. Shows if it’s a leap year too.

Auto Relay: Some go up to a whopping 4 years. Energy conservation we are conversing. 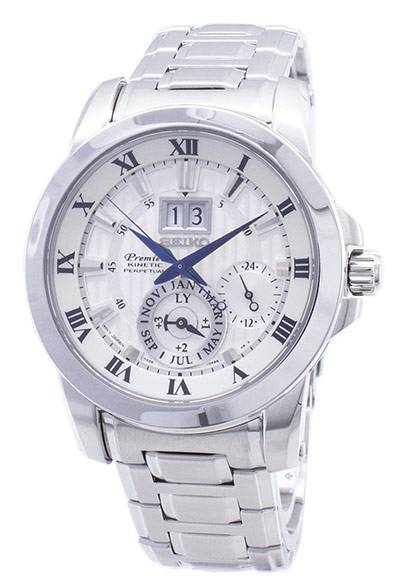 Kinetic GMT: Kinetic fitted with a GMT function. Sports or traveling, they serve the best. 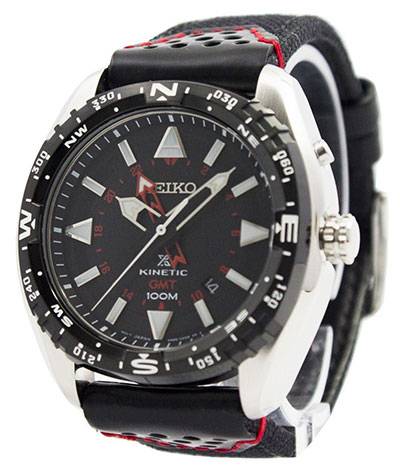 Bi-directional winding: The battery charges irrespective of which way the rotor moves. 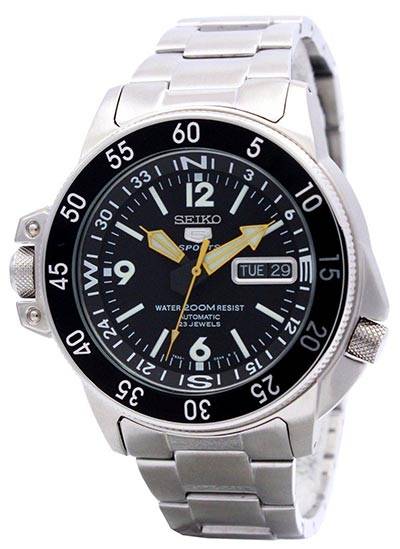 Power Reserve Indicator: Shows the power held in reserve. In models with the complication not shown on the dial, you activate the power reserve display by pressing an assigned button. It sets the second hand in motion and denotes the amount of power left in the reserve. According to Seiko, 450 wrist swings (approx.) build up a two-day charge. A full charge (for 6 months) would take 40,500. Some also tick in two-second intervals as they near the end to their reserves.

Direct Drive: Direct Drive takes power reserve one step higher by letting the wearer watch real time the level of power generation through manual winding. Seiko calls it emotional technology, since you can feel feeding it. Watching the power grow at every turn of the spring is a different satisfaction. Or, sensation. 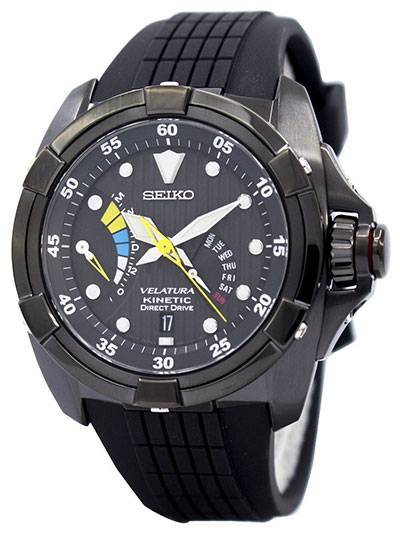 Seiko combines some of the best elements stated above in many of their Kinetic watches. The timekeeping accuracy and reliability of quartz movements now with an unending power supply generated mechanically and stored electronically. The Kinetic movements can store at least six-month worth power reserve. If worn daily, it won’t be more than a month before a Kinetic movement charges up fully. The stored energy can be conserved further with the auto relay. No problem even if you wear it even once a month.