TAG has some serious hots for motor sport! Now, that’s quite a bit of a clichéd statement; we all know about it; even the depth and range of the brand in the game and the extent of its involvement, which is beyond all speculations.

It’s not easy to sponsor an F1 team; it’s tougher sponsoring a superstar driver. If that can be done, generating audience and kudos becomes easier, but in equal measures? That’s where a brand shows its true colours.  TAG Heuer sponsored the Goodwood’s Festival of Speed and that added yet another dimension to their spirit of the sport. 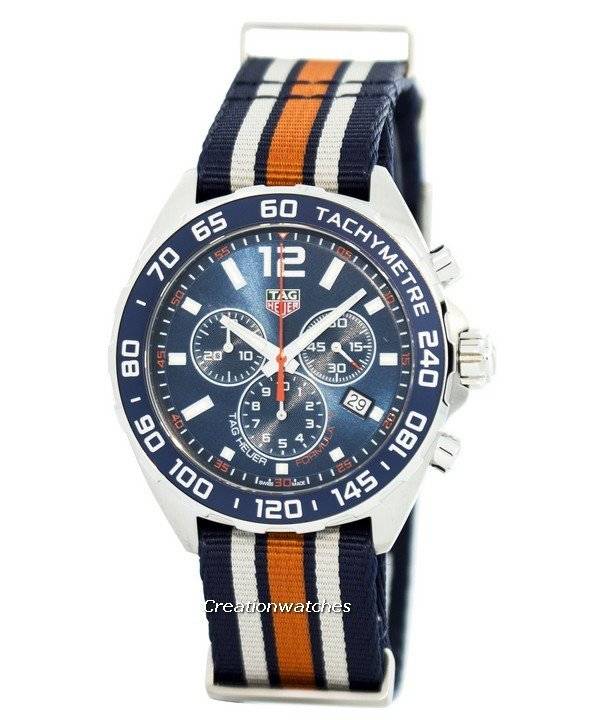 When a brand gets involved in such extreme activities, they must also make products that match up to the level. For example, the TAG Heuer Formula 1 Chronographs; that’s TAG’s watch-making expertise turned full throttle.

But there’s more to the Formula 1 series! These are watches with vivid colours at their hearts that can be felt while they are atop your wrist. Apart from the quartz versions, there are the ones with automatic movements, but the series is not just about the quartz and mechanical debate. The beauty of the Formula 1 series surpasses all that and instils wonders that play around their sporty, colourful styling matched with an extreme durability. And it’s surprising how TAG achieves that keeping the price at such a reasonable level, with so much value added to every single piece.

It’s the Tag Heuer Formula 1 Chronograph Quartz Tachymeter 200M with a technical nylon strap that happens to be the most colourful member of the series and there’s also a steel bracelet version of the same that’s available. At 43mm across, both have their stainless steel cases in a unique combination of brushed and polished surfaces, the latter being the case sides, the crown and the pushers. The steel indices on the dial are hand-applied; even the over-sized 12 numeral. There’s a small inner bezel surrounding the dial; it features the minute scale with 5-minute intervals marked in Orange. The registers are marked with a circular azure pattern and it adds definition to the whole dial.

Instead of their usual ceramic bezel, TAG puts a fixed, blue one this time, constructed of aluminium, with a racing-style tachymeter scale. The coloured logo denotes that it is a quartz model; for mechanicals, they come in white. 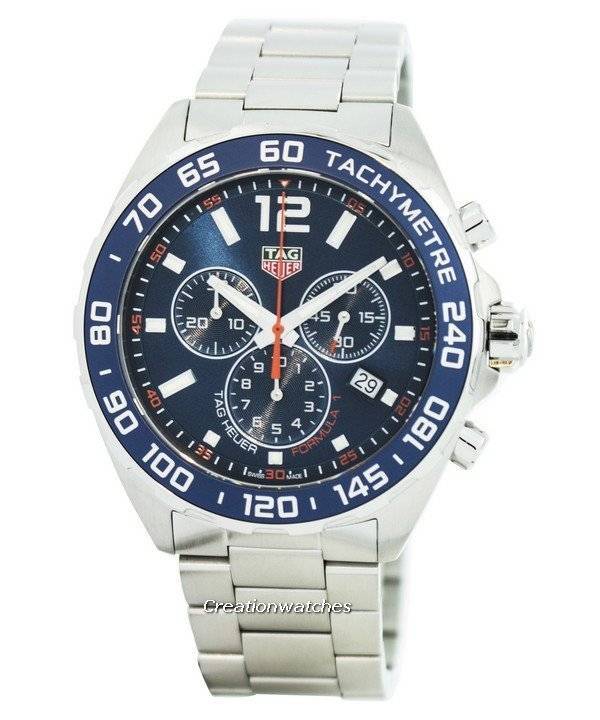 While people stay usually more bothered with the crystal at the front (it’s sapphire with the F1), there are also a considerable number to whom the case-back holds special significance. For them, the standard steel comes stamped with a checkered flag pattern, covering the Ronda 5040D quartz movement, which offers to measure the usual running seconds (3 o’clock), 1/10th second splits (6 o’clock) and 30-minutes chrono-time measurement (9 o’clock). But the surprise is: It’s the 1/10th second register that also indicates the lapse of hour and any event that’s timed for less than 30 minutes will show on the 1/10th second scale. As soon as 30 minutes get over, the register shall display hours, marking every half-an-hour lapse and the 1/10th timing will be lost.